North America polyurethane market was valued at USD 12.09 billion in 2015. The growth of major end-use industries such as automotive and construction particularly in Mexico is expected to be a key determinant of industry growth over the forecast period.

The U.S. Army uses polyurethane (PU) materials to insulate their tents and other structures at bases in the Middle East region. PU is used in a wide array of consumer products providing durability, comfort, lightness in weight and also costs less as compared to its alternatives such as polyolefin foams. The aforementioned properties have made the polymer a preferred option for many industries. 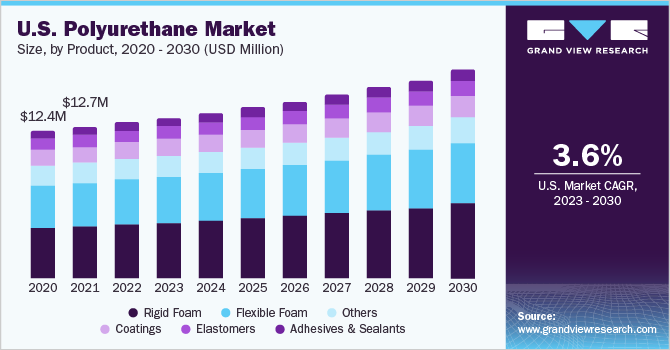 Rising concerns regarding continuously increasing energy cost, GHG emissions, and the subsequent energy losses have facilitated the importance of energy-efficient households and other buildings. This trend along with the government support to establish energy efficiency is poised to have a positive impact on market growth over the forecast period.

Changing trends toward light-weight automobiles to improve fuel efficiency in the region is expected to complement demand since they are capable of providing significant weight reduction. Auto manufacturers with the aim of improving the performance of automobiles are focusing on components that are made of plastics. Increasing automotive production in the U.S. is also anticipated to fuel demand

Technological advancements have led to an evolving electronics and appliances industry where PU is used to encapsulate, seal, and insulate the fragile, pressure-sensitive, small electronic components as well as underwater cables. They provide insulating and adhesive characteristics along with the solvent, temperature, and water resistance, resulting in increasing demand by the electronics industry.

Methylene diphenyl diisocyanate (MDI) and toluene diisocyanate (TDI) are the major raw materials used in the production process. Volatile raw material prices owing to fluctuation in prices of feedstock such as benzene are expected to pose a challenge to market growth over the future. Also, since MDI and TDI are highly toxic, the industry is scrutinized under stringent regulations and is heavily dependent on crude oil dynamics.

As per the U.S. Department of Energy, more than half of the total energy used in a typical U.S. home is attributable to heating and cooling, making it the largest expense for most consumers. Growth dynamics of the industry are expected to be heavily influenced by increasing concerns regarding energy cost, GHG emissions, and the subsequent energy losses facilitating the importance of energy-efficient households and other buildings. This trend along with the government support to establish energy efficiency is poised to have a positive impact on market growth over the forecast period.

The growth of the North America PU industry is expected to be driven by PU’s versatility as a product in new applications & uses, along with its high sustainability and lightweight. The growth of major end-use industries such as automotive and construction particularly in Mexico is also a crucial determinant for industry growth.

North America industry is expected to be driven by the growing residential construction industry across the U.S., Canada, and Mexico. Growing infrastructure activities in order to improve public transportation along with expanding manufacturing facilities specifically in Mexico are expected to drive demand over the forecast period.

Rigid polyurethane foams emerged as the dominant product segment accounting for 33.8% of the total market volume in 2016. It is expected to maintain its dominance by gaining market share and accounting for 34.3% by 2024. They are primarily used as insulation material in various constructional and refrigeration applications resulting in energy efficiency and thereby enhanced performance. The growth of these end-use industries has positively impacted PU market growth in the region.

Flexible polyurethane board, on the other hand, is expected to register increased demand from end-use industries such as furniture, transportation, bedding, packaging, textiles and others owing to superior properties such as durability, resiliency, energy absorption and handling strength. The product accounted for 30.2% of the overall volume in 2016 and is expected to gain market share by 2024, growing at an estimated CAGR of 4.3% from 2016 to 2024. 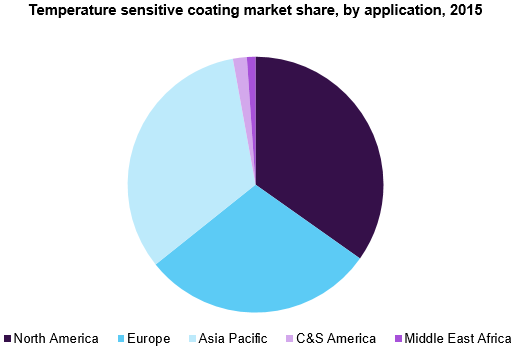 Electronics & appliances are anticipated to emerge as the fastest-growing segment growing at an estimated CAGR of 5.5%, with share expected to reach 9.9% by 2024, rising from the current share of 8.8% in 2016. The shift in consumer trend towards more compact, smart, and portable devices that work faster and possess a lot of different features has led to the miniaturization of electronic appliances and components which require polyurethane adhesives to function optimally

PU demand in Mexico was estimated at 361 kilo tons in 2016, which is projected to rise to 563.4 kilo tons by 2024 at a CAGR of 5.7% from 2016 to 2024. The impact of recent constitutional reforms has begun to remold the Mexican economy, leading to greater construction activities across the region. Total investment in the construction sector reached USD 148 billion in 2014, according to the Mexican Chamber of Construction. Increasing demand for energy-efficient and lightweight materials is likely to promote PU demand in this rapidly expanding industry.