Geraldine Ferraro once said, that, “It was not so very long ago that people considered that semi-conductors were part-time orchestra leaders & microchips were very, very small snack foods”. It highlights the ingrained ignorance in the common man towards technology and how much we lose due to it. Surely, we’ve come a long way from that, however, it remains to be seen, how much we can leap forward by leveraging today’s tech-savvy world. 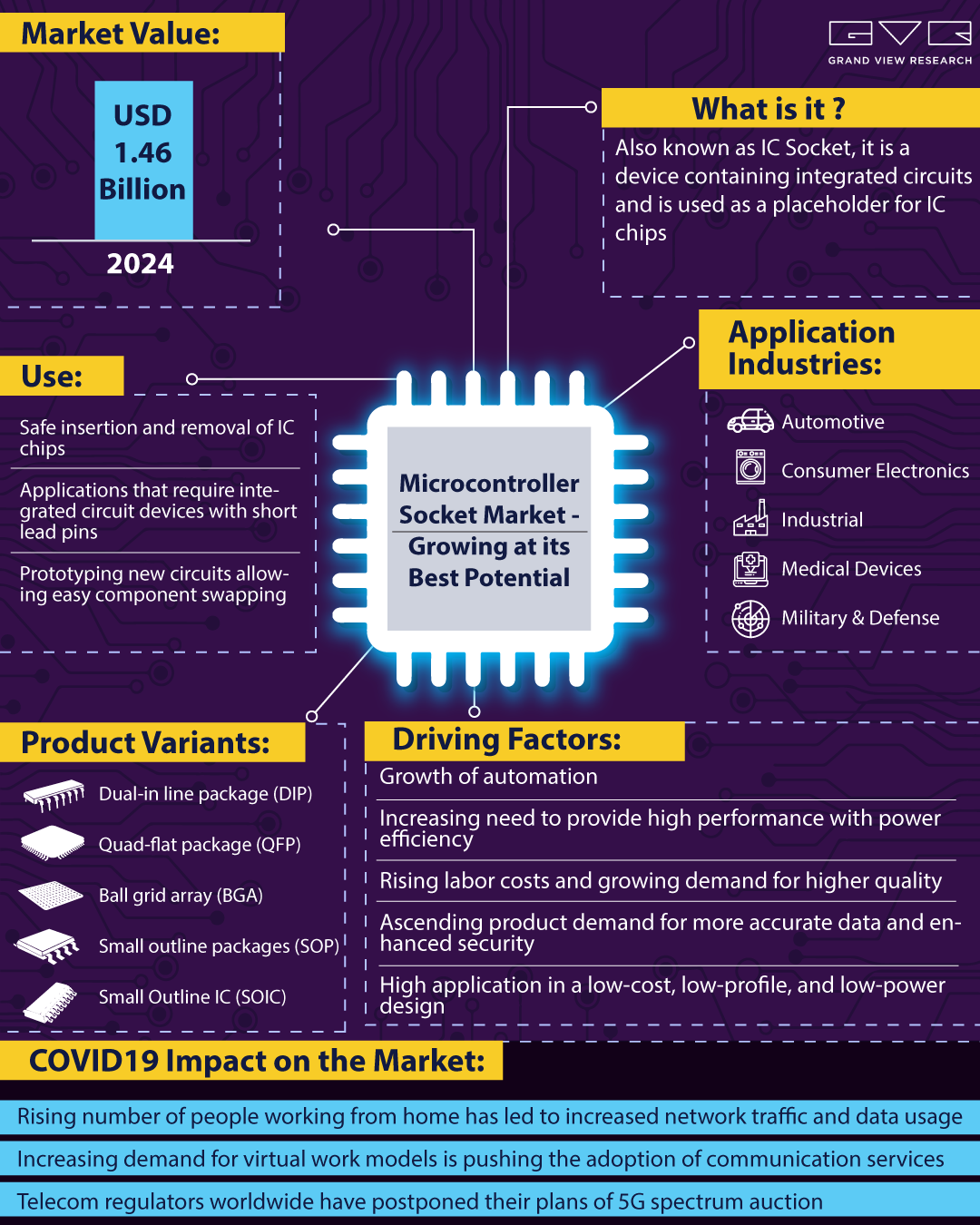 Microcontrollers, a small computer on a metal-oxide-semiconductor (MOS) integrated chip has revolutionized the world since the day it was deployed. A typical microcontroller includes a processor, memory and input/output (I/O) peripherals on a single chip. It is dedicated to a single task and makes sure to complete that task efficiently. For example, a microcontroller that is embedded in TV, executes the task of taking input from the remote and displaying the output on the screen. Therefore, they are also known as embedded systems. Now, if they are called as embedded systems then a run-of-the-mill question that takes its head out is, What are they embedded onto?

A simple answer to the question posed in the last line of the above passage is PCB, which means Printed Circuit Board with the help of Microcontroller Sockets. Microcontroller sockets, which are also known as IC sockets, are used in the devices containing the integrated circuits and are used as a placeholder for IC chips. The sockets are used for safe insertion and removal of IC chips which may get damaged from soldering. These sockets are used in the applications which require integrated circuit devices with short lead pins helping in insertion and safely removal of IC chips. They are usually used in prototyping the new circuits allowing easy component swapping.

There are several variants of IC Sockets, such as dual-in line package (DIP), quad-flat package (QFP), ball grid array (BGA), small outline packages (SOP) and Small Outline IC (SOIC). There is tremendous amount of demand for the microcontrollers socket, so much so, that the Microcontroller Socket Market is expected to reach USD 1.46 billion by 2024, according to a new report by Grand View Research, Inc.

What Varies In The Variants?

The above noted variants have several differences which makes them suitable to cater to wide range of needs of embedded systems.

The microcontroller socket demand can be easily understood by the pie chart below, for which the data considered was the application potential of the variant. The application areas which were taken into consideration were consumer electronics, automotive, industrial, medical devices and military & defense. 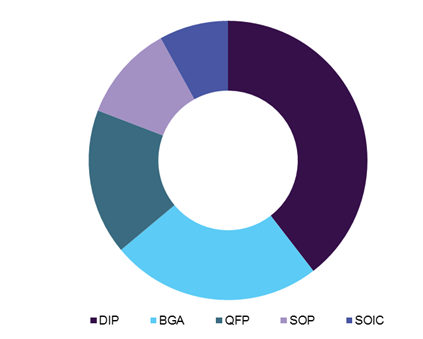 The application areas which were taken into consideration were consumer electronics, automotive, industrial, medical devices and military & defense. Clearly, it highlights the dominance of Dual-Inline Package (DIP) or chip socket over other variants in the market.

Factors that boost the growth or inhibits it are crucial for the demand in the market. They can make or break the boom of the concerned sector.