Millimeter waves are the radio frequency waves with frequencies ranging from 30 GHz to 300 GHz, also known as Extremely High-Frequency (EHF) range. The wavelength of these radio waves ranges from 1 mm to 10 mm. Their high-frequency operating range and propagation characteristics or behaviours, while traveling through the atmosphere, are the prime factors responsible for their extensive applications.

The global MMW technology is segregated based on products, components, applications, and frequency bands. The telecommunication equipment and the telecom application segments dominate the overall millimeter wave market, owing to their increasing bandwidth-intensive applications, arising due to the increased demand for high-speed internet from smartphones and wearable electronic products. 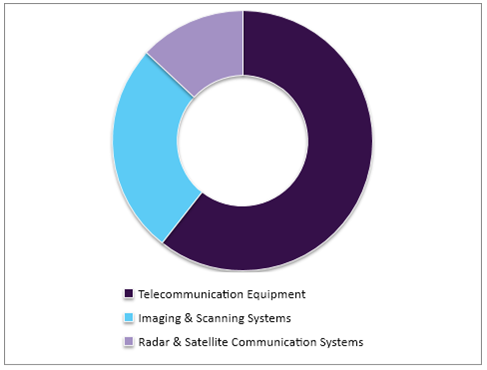 Millimeter waves, as compared to fiber-optic cables, are capable of transmitting data at high speeds with low losses. Moreover, the technology is relatively cheaper than the fiber-optics technology and relatively simple to install. All these factors are contributing to the increasing adoption of the MMW technology across multiple application areas including residential and commercial buildings and offices.

The increasing adoption of the MMW scanners throughout airports and other commercial public places in various countries, owing to the stringent security regulations imposed by government bodies, is paving a considerably smoother way for the millimeter wave technology. These growing security measures and regulations are expected to fuel-up the global MMW technology market to rise at a significant pace over the forecast period.

The presence of several competent manufacturers and developers of the technology in the U.S., the UK, and Germany are responsible for posing these countries as the prominent contributors of the millimeter wave industry. In addition, extensive R&D activities and the adoption of the technology across various equipment and applications, in these countries, are responsible for the countries holding major market shares. However, the emerging countries of the Asia Pacific region, such as China and Japan, are expected to strengthen their footholds, owing to the expanding telecommunication sector as the penetration of consumer electronic products such as smart wearables, smartphones, smart watches are increasing considerably. In addition, up gradations in the respective military & defense infrastructures and satellite & radar communication systems are the major contributing factors that are anticipated to positively influence the regional MMW technology market.

The propagation characteristics of the millimeter waves and the limitations with respect to their range are a few issues that are expected to hinder the market growth. However, the intensive R&D activities carried out by the prominent players and the researchers across the arena are expected to minimize and curb the negative impact on the technology over the estimated duration.