“If you’re not Networking, You’re Not working.”

There is no denying that technology has made progress leaps & bounds. Along with it, humans have been able to connect and grow together in a more efficient manner. To keep up with the surging ambitious growth, several advancements in networking capabilities are essential. This is where, Passive Optical Network comes into the picture. 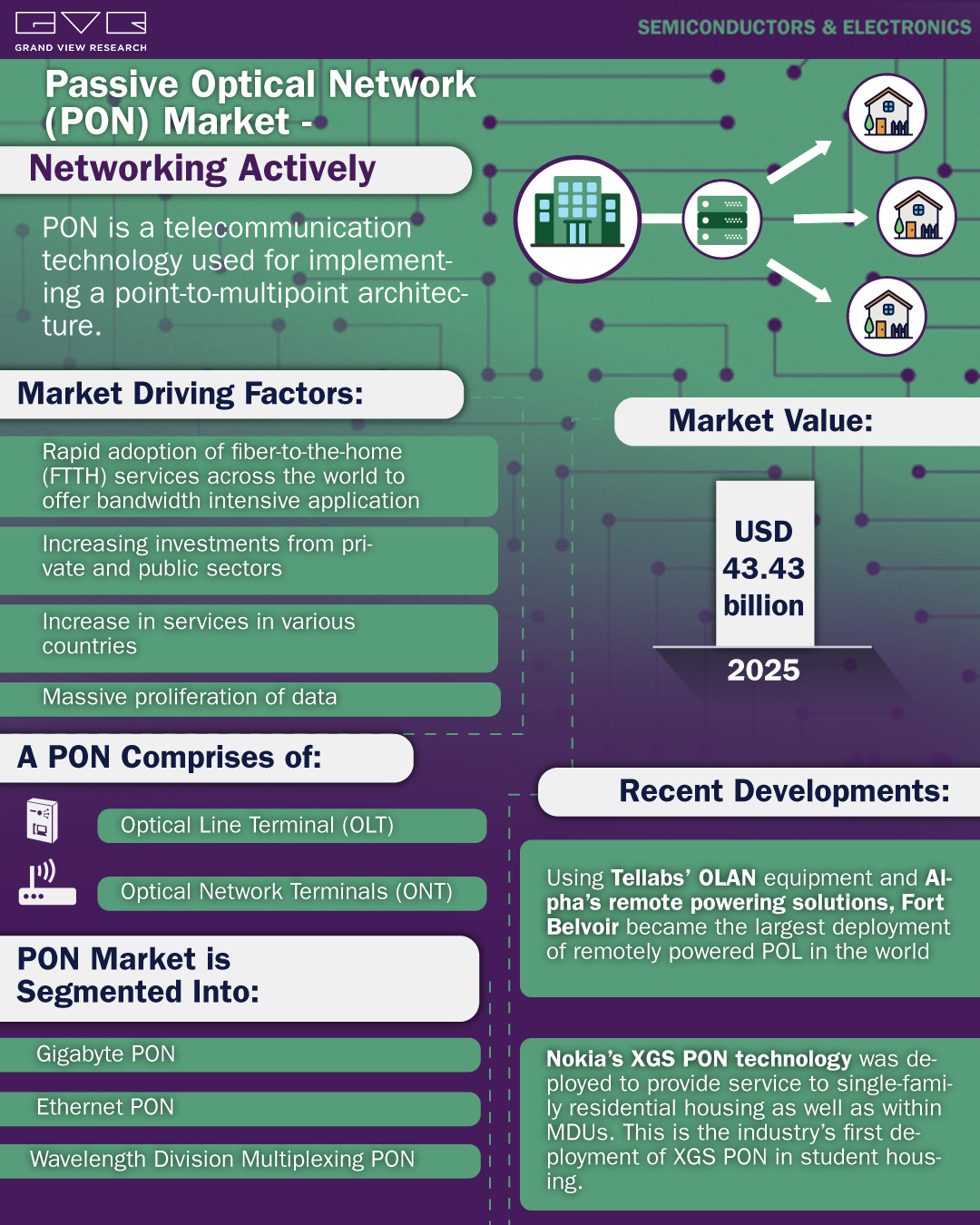 PON and its several variants have been able to leverage light as a carrier of internet and boost internet’s speed. This boosted the demand and market value. The market value of Passive Optical Network (PON) was at USD 5.83 billion in 2015 and it was expected to generate high growth in the coming years due to several growth factors.

Passive Optical Network, what is it all about?

PON is a telecommunication technology used for implementing a point-to-multipoint architecture. The network system also uses unpowered fiber optic splitters and combiners to enable a single optical fiber for serving multiple end-users without having individual fibers between the customer and hub.

In simpler words, it is the magical infrastructure that provides High-Speed Internet, aimed at enhancing consumer experience and satisfaction. As light is the fastest traveling entity, it is the most dependable carrier for high-speed internet. Also, fiber optic cables thus become a very important component of the broadband infrastructure.

A PON comprises of an optical line terminal (OLT) and optical network terminals (ONT) which are installed at the service provider’s central office (hub) and near end users respectively. It begins at the OLT at the service provider’s hub. Signal then slits either at the secondary unit called Optical Network Unit (ONU) or at an end user unit (ONT). The passive optical network reduces the amount of fiber and central office equipment requirements in comparison to point-to-point architectures.

Gigabytes PON is the dominating sector in the PON market, which is lucidly shown by the pie-chart below. 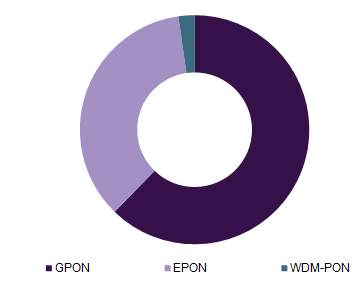 The important factors playing larger role in the growth of the market are: