Pets are not our whole life, but they make our lives whole.

Technology and new inventions have changed the complete scenario of almost everything related with day-to-day life of a man. Not only that, it has touched upon everything we identify ourselves with, be it the clothes we wear or the pets we care about. Pets or companion animals form an important part of our lives, therefore, it becomes highly important for us to keep an eye out for their well-being, as their guardian.

The urge to take care of the pets in the best way possible, has made us use several essential equipment, such as collars, vests and leashes among others. These come under the category of pet wearables, which has a booming market. Pet wearables market was estimated to be of USD 1.4 billion in 2018 and is expected to see a rise in demand and growth between 2019 to 2025. On top of it, innovative trends and intervention of technology in this market, for example, development of Halo belts and Whistle among others, are expected to keep the market soaring for years to come. 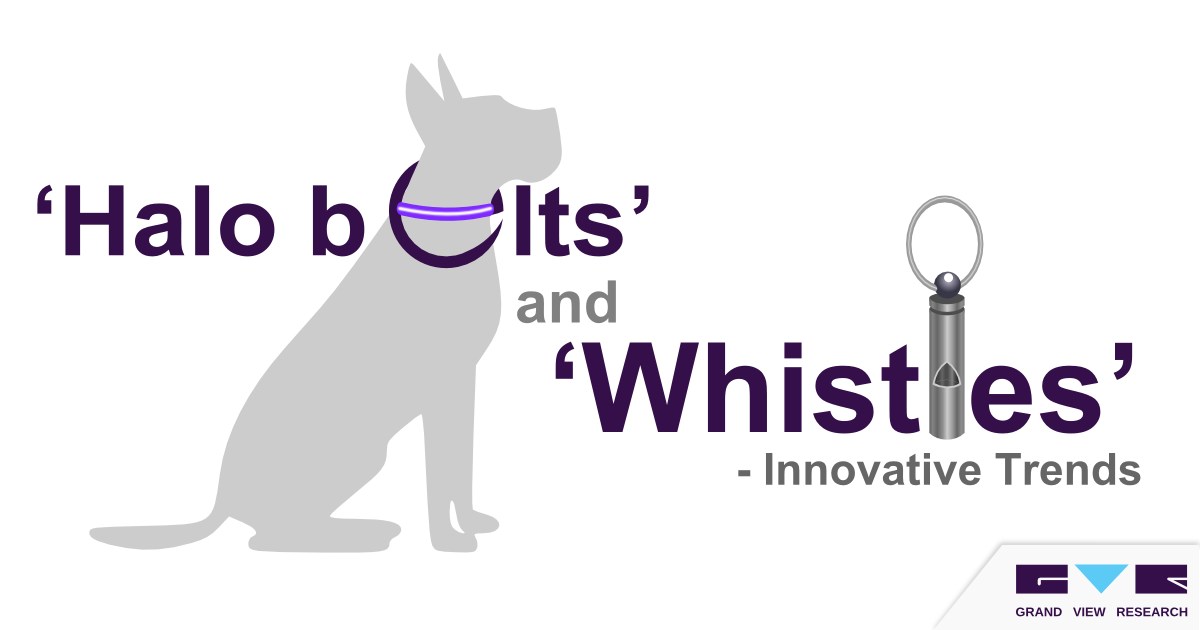 How it all started.

It is interesting to know that the first instance of pet wearable technology ever adhered was in New Zealand in 1955. A dairy farmer developed an easy-to-read tag to identify his livestock. Later, it also gained serious grounds in Europe and other Western countries. As it became popular, several new technologies were introduced due to the addition of Wide area network, several cost-efficient sensors and trending IoT products. Along with it, the rise in usage of smartphones all over and increasing proliferation of apps are making all the essential duties of a guardian easy with just a tap on the device now. Technology has empowered the market and it looks like that it will continue to do so in the coming years.

The cutting-edge technologies that are being employed in the pet wearables sector has diverse set of applications and empowers caretakers by making their life easy and carefree.

There are plenty of other applications like Behavior and Monitoring, in which technology has played a major role and brought a paradigm shift in the way things were done.

The global market, although being in a nascent stage is intensely competitive. Key industry competitors include Whistle Labs, Inc.; PetPace LLC; FitBark; Tractive; i4C Innovations; and Garmin International, Inc. Players have been resorting to strategies such as new product development and launches, acquisitions, and collaborations to strengthen their position in the market with their focus on the growth factors. There is an ongoing spurt in the growth of the market due to the following factors.

Major developments in the pet wearables in the recent months include