The global bifurcation lesions market size was estimated at USD 1.7 billion in 2016 and is anticipated to grow at a CAGR of 5.6% over the forecast period. The market is driven by the commercialization of innovative devices, an increase in insurance coverage for bifurcation lesion procedures, and improving imaging modalities.

Furthermore, ongoing clinical trials on stents & balloons for treatment of bifurcation lesions and an increase in the incidence of these lesions are likely to boost the market in the coming years. Advancements in devices used in imaging and procedures along with a rise in the number of skilled surgeons have decreased associated risks, and this is also likely to propel the market.

Based on the application, the market has been segmented into coronary vascular and peripheral vascular. In 2016, coronary vascular accounted for the largest share of the market due to the availability of dedicated products for coronary bifurcation lesions, increased awareness, and an increase in the number of percutaneous coronary intervention procedures.

The coronary vascular segment is expected to maintain its dominance during the forecast period due to ongoing clinical trials and investments by market players. This is likely to result in the introduction of new products and widen the application of existing products for bifurcation lesions.

The peripheral vascular segment is likely to witness the fastest growth during the forecast period. This can be attributed to growing awareness about Peripheral Arterial Diseases (PAD) and its rising incidence. According to the National Institute of Health, one in every 20 Americans aged over 50 years suffer from PAD.

Deployment of stents is difficult in smaller peripheral arteries, hence, they cannot be used to treat PAD. Thus, angioplasty is preferred for its treatment. However, stent implantation is generally preferred over balloon angioplasty for the treatment of bifurcation lesions. 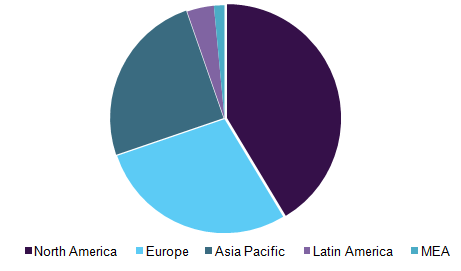 North America dominated the bifurcation lesions market in 2016. The region is expected to maintain its dominance during the forecast period. This can be attributed to the local presence of major market players, higher disposable income, and favorable reimbursement policies.

Europe accounted for the second-largest share due to the presence of industry players and government initiatives to improve healthcare access. In December 2011, Tryton Medical, Inc. announced that the German Institute for Medical Documentation and Information (DIMDI), Cologne, revised the procedure code for the treatment of coronary bifurcation lesions, in which it distinguished the company’s side stent branch systems from conventional techniques. They provided additional reimbursement for Tryton’s side branch stent, and this is likely to facilitate its adoption in the market.

Asia Pacific region is anticipated to witness the fastest growth during the forecast period due to an increase in the geriatric population and obesity, which has resulted in an increase in coronary heart diseases. Furthermore, an increase in awareness & adoption of newer technologies, approval of various balloons, and entry of international and new regional market players are also expected to boost growth in the region.

This report forecasts revenue growth at global, regional, & country levels and provides an analysis of industry trends in each of the sub-segments from 2014 to 2025. For the purpose of this study, Grand View Research has segmented the global bifurcation lesion market on the basis of application.