The global Gastroesophageal Reflux Disease (GERD) therapeutics market size was valued at USD 5.66 billion in 2016 and is expected to witness a decline in its revenue to USD 4.34 billion by 2025, shrinking at a CAGR of 2.9%. Patent expiry of blockbuster drugs prescribed for the treatment of acid reflux disorders is majorly attributable for the downfall of this market.

Upon loss of patent protection of previously dominant branded drugs, low-priced generic molecules can consume up to 90% sales of branded molecules. Growing number of companies worldwide increasingly being subjected to price scrutiny coupled with shift in government focus on promoting consumer accessibility will engender further drug price reductions. Although expiry of major patents has affected the market turnover, the demand for acid-reducing drugs, owing to the rising incidence of heartburn across the globe, is expected to escalate in the coming years.

While GERD devices serve as an alternative approach to managing heartburn, these devices have struggled owing to their low success rates and failed clinical trials. Hence, limited acceptance of GERD management devices have contributed to the increasing demand for acid neutralizing drugs as the major therapy approach.

However, GERD devices for minimally invasive procedures to address underlying anatomical defects are steadily gaining traction with growing supportive clinical evidence for devices to perform procedures, such as transoral fundoplication, which prevent reflux of acid and non-acid contents altogether. To further reinforce its adoption in the U.S., a new CPT code (43210) was established to facilitate the reimbursement process in 2016.

Antacids held the dominant market share in the year 2016 and are to retain their top position throughout the forecast period. Antacids are preferred as first-line therapy for mild and infrequent symptoms as they neutralize gastric acid secretions immediately. Convenient over-the-counter availability of antacids in various forms such as tablets, powders, and syrups is responsible for their excessive adoption. In addition, the American Hospital Formulary, among other countries, enlists over 120 antacid preparations to advocate their use.

PPIs accounted for the second largest segment in 2016 as they are the most commonly prescribed medication type for heartburn. Inflow of generics following the loss of exclusivity of popular drugs, including Nexium and Prilosec, has affected the sales of branded PPIs. A further decline is looming large with the awaited expiration of other patent-protected therapeutics, such as Dexilant.

North America was identified as the largest regional segment in terms of market share for GERD therapeutics in the year 2016. In the U.S., every year, more than 80 million people experience GERD symptoms, of which, 25 million people suffer from heartburn or acid reflux daily and 60 million people on a monthly basis.

In addition, the number of outpatient clinic visits related to GERD in the U.S. has been increasing in the last few years stemming from the fact that the geriatric population is more prone to developing heartburn and acid reflux. Nearly 18% of the American population will be aged 65 and more by 2025.

On the other hand, the Asia Pacific region is projected to showcase the fastest growth rate over the forecast period. The rising geriatric population and lifestyle & dietary risk factors such as obesity & high fat diet, respectively, is expected to drive the market growth in this region. In developing countries, such as India and China, the trend of self treatment is rapidly growing due to the availability and affordability of OTC antacids. 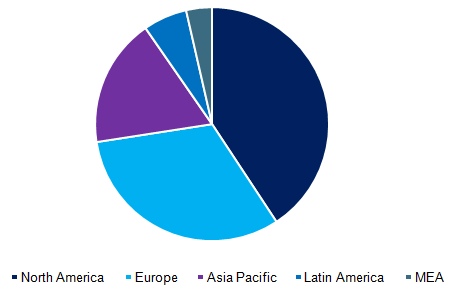 Amongst others in this space, Ironwood Pharmaceuticals, Inc. and RaQualia Pharma, Inc. are focusing on developing new generic molecules involving existing and novel drug mechanisms as part of their strategy to invade the market. This space is also marked by numerous generic players vying to capture a larger market share through copycat versions to replace the expired blockbuster drugs.

This report forecasts revenue growth and provides an analysis of the market trends in each of the sub-markets from 2014 to 2025. For the purpose of this study, Grand View Research has segmented the GERD therapeutics market on the basis of drug type and region: