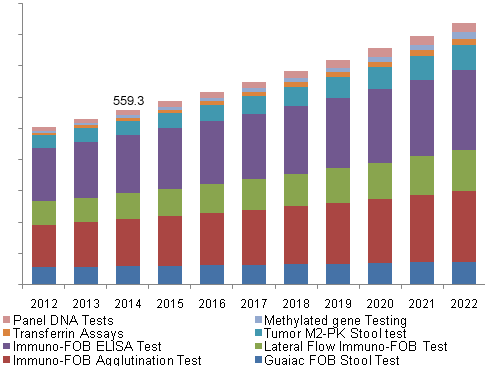 Globally, colorectal cancer (CRC) is the third most prevalent form of cancer. CRC accounts for almost a tenth of all cancer incidences worldwide. This incidence has only been increasing over the last couple of years. Furthermore, the introduction of novel colorectal tests which use biomarkers such as tumor M2-PK marker or which screen for colorectal cancer using methylated genes for screening will witness a growth in market demand throughout the forecast period. The primary factor responsible for this shift in trend can be attributed to the increased accuracy of screening which these newer genetic tests have to offer.