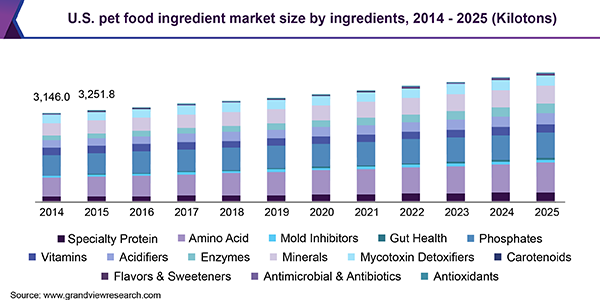 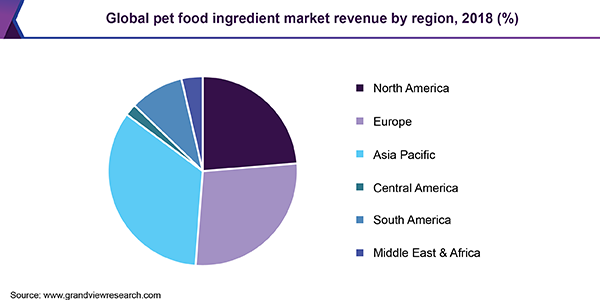 This report forecasts volume and revenue growth at global, regional, and country levels and provides an analysis of the latest industry trends in each of the sub-segments from 2014 to 2025. For the purpose of this study, Grand View Research has segmented the global pet food ingredients market report on the basis of ingredients and region: