Commercial use of the prefilled syringes dates back to early 80s and started gaining focus of pharmaceutical companies after Sanofi and Rhône Poulenc-Rorer introduced them for their drug heparin. With growing popularity of these syringes among healthcare professionals, prefilled injecting devices are being used in various settings including emergency rooms and operation theaters of hospitals. Such devices are also used as self-injecting devices for patients suffering from chronic diseases requiring frequent parenteral dose administration. 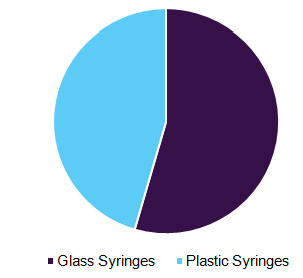 "Utility for patients with chronic conditions"

Prefilled syringes are of high importance to patients suffering from chronic conditions who need to self-inject drugs frequently. The diabetic patient population benefits the most with insulin injection without having to prepare the dose themselves.

Advanced pen injectors, which are essentially prefilled syringes, are superseding the market share held by traditional syringes due to benefits such as increased patient convenience and safety. However, the price for advanced injecting devices is still higher than that of traditional prefilled syringes, which is anticipated to limit their market growth in the near future.

For patients with allergies, injecting prefilled devices offer a conveniently accessible dose of epinephrine (EpiPen, by Mylan), which serves as an instant first aid after a sudden anaphylactic shock. This device is under patent protection till 2025 further monopolizing the segment. As a result, the rising prices of these devices in the recent years have raised questions regarding its adoption during the forecast period.

Despite the high adoption and growing demand for prefilled syringes in the market, there are only a few key syringe manufacturers capturing the major market share. These companies are focusing on the development of novel materials as well as innovative technologies to enable cost optimization of the final product. Furthermore, contract syringe filling services would provide a huge opportunity in allowing the entry of new companies in this market. Some of the major players operating in the space include Gerresheimer AG, Unilife Corporation, Owen Mumford, SCHOTT, and Haselmeier AG.

Future growth opportunities of these devices are directly related to the growth of the biotech drug market as these syringes are considered ideal containers for such biotech drugs. Additionally, the adoption rate of advanced injecting devices is expected to grow with lowered prices. Introduction of these devices embedded with premium technologies will connect them with the patient health record system promoting connected health, which is expected to spur the market growth in the near future.