For those thinking “What next after augmented reality?”, mixed reality provides the answers. Even though it still is being figured out and perfected by organization, how does its future look?

We have heard people saying that they want to escape reality. We all have spent nights thinking about various scenarios where we can do what we want - become the hero, so to speak. Who would not want to immerse themselves in a world where they could interact with objects that they can only think of?  Some will say, “Not me!”, but the truth is that this is too enticing an idea to put down.

Simply put, people who have been blown away by virtual reality and augmented reality would not be able to contain themselves once they experience mixed reality. Honestly, who can say how movies and gaming will look like, 20 or even 10 years from now? Last year, the renowned British show Black Mirror came out with ‘Bandersnatch’, introducing us to interactive storytelling. Technology works in mysterious ways, and we are on the precipice of something exciting.

MR can be a game -changer for the consumer electronics industry, as it can greatly increase the sales of PCs (personal computers) and smartphones. Gaming is a very attractive application segment, and once it becomes the norm, there will definitely be a huge new audience for them. Head-mounted displays such as Microsoft HoloLens, Oculus Rift, Google Cardboard, and HTC Vive are devices which promise gaming enthusiasts a more immersive experience. 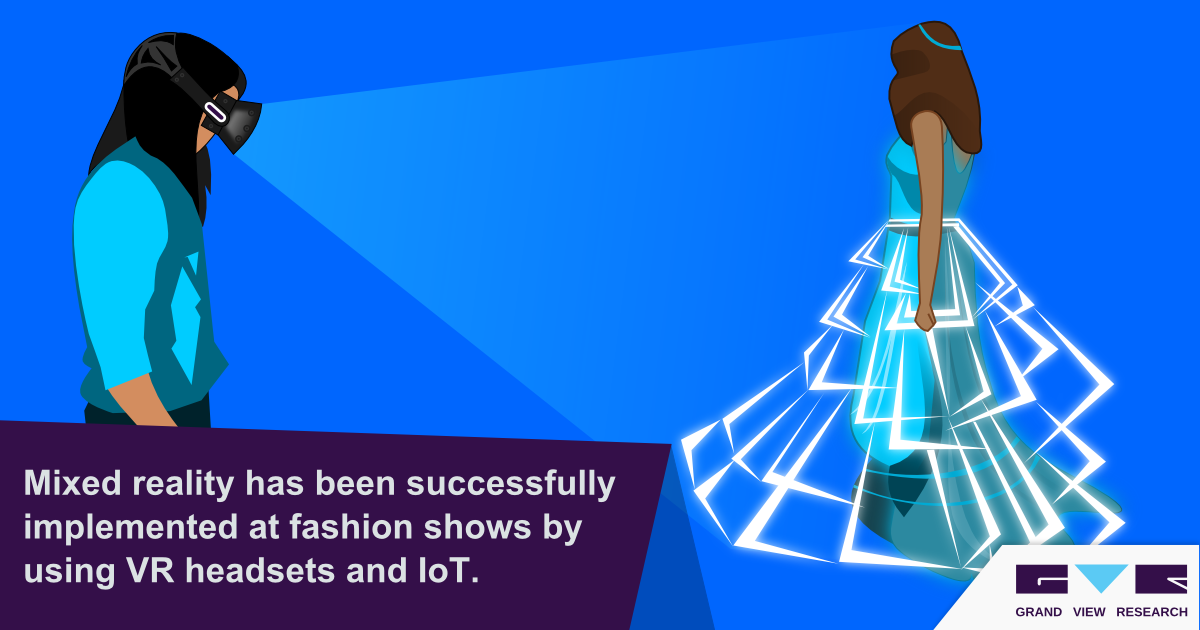 A New Darling For Other Industries

It’s not all just fun and games though. Mixed reality means business, and if studies are to be believed, they are here for the long run. The technology is currently helping a range of industries apart from gaming and entertainment. A recent survey by Harvard revealed that majority of the business enterprises view mixed reality as a vital presence in the next 3 years. Close to 90% of businesses are in the process of testing and deployment, out of which a few have already deployed it. ‘ThyssenKrupp’ collaborated with ‘Microsoft HoloLens’ in 2016 to aid its technical workers in repairing elevators worldwide. This would guarantee the safety of its workers and provide glitch-free & faster services to its consumers.

Another instance of this technology being significant comes from the construction industry. Trimble Inc. allied with Microsoft to provide clients a more visual experience. This would allow clients to engage with 3D models of buildings and provide accurate suggestions regarding their designs before they are constructed. A recent example is of Ford, who implement MR to create prototypical future vehicles, as opposed to making them in a physical environment.

The global mixed reality market is expected to boom in the coming years. It is driven by technological advances like Internet of Things (IoT), wearable devices, and smartphones. The technology is being accepted in entertainment and aerospace sectors. The market has potential end-users in medical, e-commerce & retail, and automotive.

Martine Jarlgaard, a renowned fashion designer, adopted it for her collection at the ‘London Fashion Week’ in 2016. She collaborated with DoubleMe, a company specializing in converting 2D videos into 3D using its HoloPortal system. It accomplishes this by using Microsoft HoloLens, a virtual reality headset which provides users the opportunity to interact with real-world 3D models.

Mixed reality can become an integral part of our lives, as is evident from the popularity of MR headsets. We all remember how much craze the game ‘Pokémon Go’ generated, when it came out. It still is hugely popular, to the extent that people have wandered off and ended up at unknown places. That was AR, so we can only imagine what would happen if we move a step further ahead.

Huge Growth A Given?

We can expect many factors to help boost the industry for mixed reality, and exciting times are indeed ahead. Some of these are:

However, the path to this technology should be tread with care, as there is a danger of health risks that the technology can pose, if used continuously. Even though research is being carried out to mitigate the risks, it would still prove to be a tough sell, especially for parents and families, who will cast a doubtful eye over this technology. Frankly speaking, the future of MR devices will be decided by how the device is used.

Organizations have started to implement the technology with a view to carry out testing of their products or services, or even evaluate the safety and security of the products. Some of the recent developments in this space include: