There’s a reason that professionals have Monday Morning Blues, and it is not only because of going back to work after a couple of days off, but the journey that they have to make to reach their offices. Most use their own private vehicle to commute, where they have to keep their eyes peeled for traffic, while they may also have to exert unnecessary pressure on their throats to yell at reckless drivers. Wouldn’t this time become wonderfully pleasant if you just had to sit back and relax in the car, while the vehicle takes care of the journey?

Another instance: Remember the movie ‘Due Date’, starring Robert Downey Jr., where his co-passenger in their rented car falls asleep at the wheels, causing a massive accident? That scene would most probably have not happened, had an autonomous, or self-driving vehicle been used.

What are Self-Driving Vehicles?

Self-driving cars and trucks may sound like science fiction, but have existed in the minds of consumers since 1982 in the form of famous T.V. series, ‘Knight Rider’. Such vehicles can navigate through roads without drivers (sadly, right now, they can’t talk like the one in the said T.V. series), doing all the thinking by themselves. To accomplish faultless driving, they use advanced technology such as GPS (global positioning system), Lidar (Light Detection and Ranging), odometry, and Radar.

The appeal of this technological marvel has naturally, not gone unnoticed, with many countries worldwide, especially the U.S., approving this technology. With self-driving trucks already being tested across cities in the United States, expect such vehicles to become increasingly regular in the near future.

The ‘National Highway Traffic Safety Administration’ of the United States has adopted guidelines outlined by the ‘Society of Automotive Engineers’ (SAE) to categorize self-driven cars based on five levels, determined by the amount of driver intervention and the attentiveness required, as opposed to vehicle capabilities:

Level 0 (No automation): The driver controls the car, or the car is driven manually. Humans dictate every action of the vehicle in this scenario.

Level 4 (High Automation): The vehicle takes charge of most or all of the functions, but still may be restricted by factors such as geographic area of operation, or speed limits, and still may transfer control to humans, if required.

Level 5 (Full Automation): Completely hands-free driving under any circumstance; offers no geographic or speed restrictions, and assures safety. There is no provision of human control. Purely self-driving vehicles. 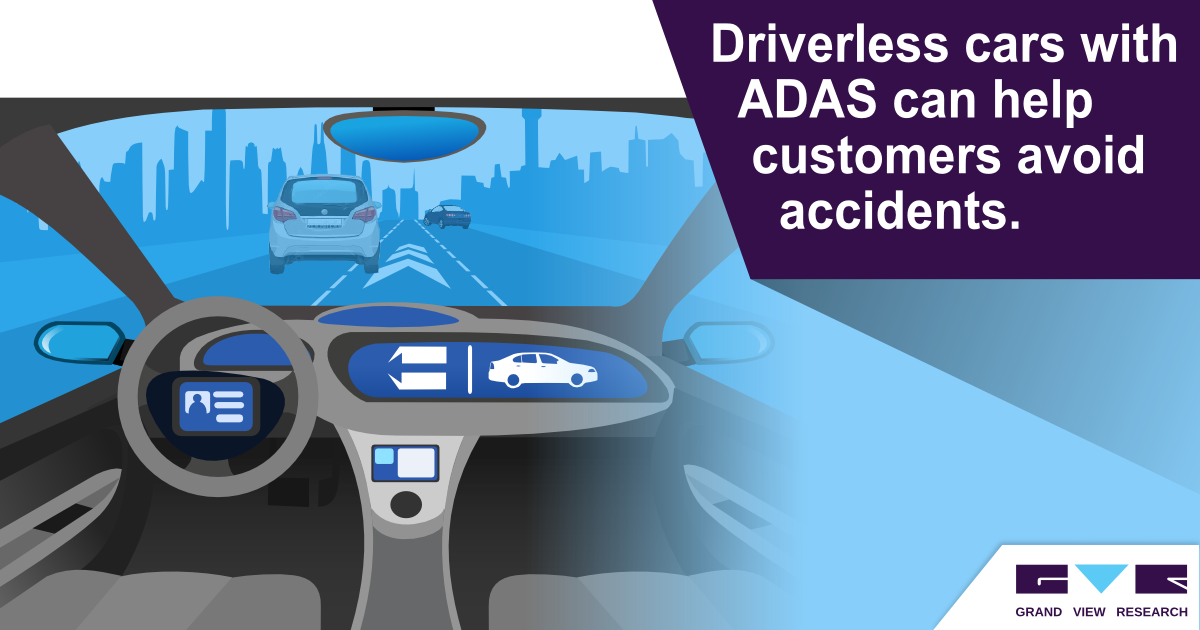 94% of the road accidents are caused by human errors, according to the ‘International Organization for Road Accident Prevention’. This is quite an unprecedented amount of accidents, majority of which can be avoided by driverless vehicles, as they eliminate human interference and bring AI in the mix. Google has tested cars integrated with its own technology, starting out with the Google Self-driving Car Project in 2009, which ultimately became Waymo after its acquisition by Alphabet in 2016. By 2018, Waymo had completed road testing in 6 states and 25 cities in the United States since its inception.

Not to be left behind in the race for self-driving cars and trucks, Tesla Motors came out with its own software, Autopilot, which was first used in the Tesla Model S vehicle, followed by Model X. It is important to note here that Autopilot encourages users to keep their hands on the wheels at all times, seeing that it is not autonomous in the truest sense. Subsequently, advanced versions of the software have been released periodically, the latest being V10 (Version 10) for early access users in September 2019.

Ride sharing giant Uber has also dipped its toes in the autonomous vehicle market, launching its self-driving services in September 2016. There have been issues regarding the technology with Uber, when in March 2017, the company’s self-driving car got flipped on its side in Arizona, along with a more serious incident in the same state, which resulted in the death of a person. Uber also spent money for the R&D of autonomous trucks, which it cancelled in July 2018.

The self-driving cars and trucks market is projected to generate almost 1,38,000 units by 2024, as per Grand View Research, Inc. The U.S. expects to reign over the market by 2024 due to its early adoption and major car manufacturers. Cars will be launched in 2 phases - consumer testing phase and commercial cars. Advanced Driver Assistance Systems (ADAS) embedded within these cars protect human lives, prevent accidents, and reduce energy expenses.

On a general note, the global scenario for the self-driving vehicle technology is expected to rapidly evolve in the coming years, due to the following factors:

While all the above factors will help the self-driving cars and trucks market, challenges and limitations persist. One of the major issues is convincing people of the safety of such vehicles, which would always be a hard sell. Doubts also linger regarding the functioning of such vehicles in chaotic traffic situations in major cities, especially the economies of India and China. Road infrastructures would be needing an overhaul to provide optimal conditions for self-driving vehicles. Additionally, the talent required for evolving the technology has not kept pace with the demand for the vehicles, causing recruitment issues for the companies.