The global autonomous vehicle market demand is estimated to be at approximately 6.7 thousand units in 2020 and is anticipated to expand at a CAGR of 63.1% from 2021 to 2030. Self-driving cars, also known as autonomous vehicles (AV), are a key innovation in the automotive industry. They have high growth potential and are acting as a catalyst in the technological developments of automobiles. 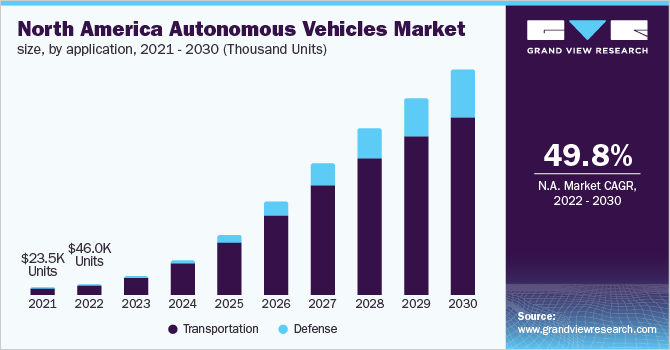 The supportive regulatory framework, government funding, and investment in digital infrastructure are expected to play a key role in positively affecting the self-driving car market growth over the forecast period. The market has a wide range of products and systems that make up the autonomous vehicle infrastructure.

Autonomous vehicles enable independent mobility for non-drivers as well as people suffering from certain disabilities. They allow travelers to travel with more comfort and flexibility to read, rest, or even work while traveling, thereby increasing their efficiency. They can also reduce the paid driver cost for commercial vehicles and taxis. Other benefits such as improved safety, reduced crash risks, and increased road capacity will significantly contribute to the adoption of these vehicles in the market.

Autonomous vehicle is made up of numerous sensors, such as LiDAR and RADAR systems, working concurrently in order to carry out operations automatically, without the help of drivers. By performing situational analysis, motion planning, and trajectory control, these sensors help in the process of navigation. Growing safety concerns and advancements in automotive technologies have led to the penetration and acceptance of autonomous vehicles by the governments of countries, such as the U.S., Germany, China, and Japan, among others. Such factors are anticipated to fuel the self-driving vehicles market growth in the forecast period.

Many government entities are taking various initiatives to launch autonomous vehicles in their countries. For instance, in February 2018, the European Union (EU), along with the ENSEMBLE consortium and TNO, the Netherlands organization for applied scientific research, announced the implementation plan of multi-brand truck platooning on European roads. The multi-brand truck platooning will enable a single truck to form a connected convoy with other trucks. Such initiatives will improve the fuel economy, increase traffic capacity, and reduce carbon-dioxide emissions in the EU.

Based on the application, the autonomous vehicle market is categorized into transportation and defense. The transportation segment is further bifurcated into industrial and commercial applications. The defense sector is expected to emerge as the largest segment over the forecast period due to rising number of initiatives across various regions, such as North America. For instance, in April 2019, the U.S. Army announced that it will see the deployment of autonomous combat trucks to help soldiers avoid accidents that are caused due to driving. 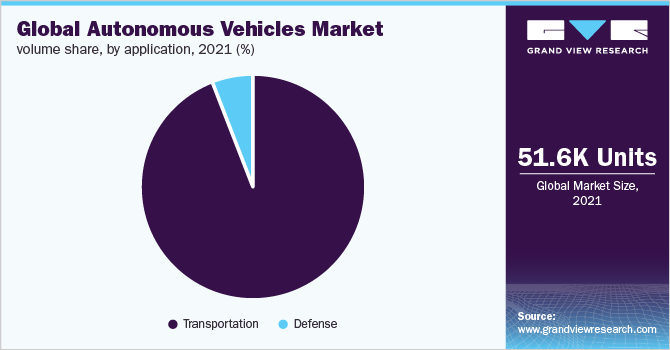 The transportation segment is expected to witness significant growth in the forthcoming years due to the rising adoption of autonomous vehicles in transportation. For instance, in December 2019, Baidu, a provider of Internet-related products and services, announced that it has secured 40 licenses that will enable the company to test driverless cars. In the transportation type segment, the industrial segment is estimated to expand at a high CAGR in the forecast period. This is due to advancements in technologies and the rising acceptance of autonomous vehicles by various governments across the globe.

Growth of the mobility as a service sector is anticipated to provide an impetus to the autonomous car market. North America is expected to witness significant growth in the years to come owing to amendments in traffic regulations in the U.S. to incorporate autonomous vehicles on public roads. The regulation is slowly being adopted across all the U.S. states in order to make transportation fully autonomous. For instance, in 2013, the National Highway Traffic Safety Administration (NHTSA), a traffic regulation body in the U.S., allowed self-driving car testing in several states, including Nevada, California, Florida, Michigan, and Washington D.C.

Europe is expected to emerge as a potentially lucrative self-driving car market in the years to come owing to the growing adoption of autonomous vehicles and increasing consumer preference for technologically advanced products. In addition, in 2018, the U.K. Department of Transport, initiated a jurisdiction to operate autonomous vehicles on any public road without any extra insurance or permits. The country has also established the Centre for Connected and Autonomous Vehicles in 2018. The U.K. government is committed to having autonomous vehicles on roads by 2021 in the country and also plans to make the required changes to the regulations that can support the development of autonomous vehicles in the U.K.

Leading players in the self-driving vehicle market are involved in collaborations and the development of innovative solutions to stay ahead of the competition. For instance,in August 2017, BMW AG, Intel Corporation, Mobileye, which is a subsidiary of Intel Corporation, and Fiat Chrysler Automobiles (FCA) signed a memorandum of understanding for FCA to join the companies in the development of an autonomous vehicle driving platform. The memorandum is aimed at combining the resources, capabilities, and strengths of all the companies to reduce time to market, increase development efficiency, and enhance the platform’s technology. Such initiatives are likely to substantially contribute to the market growth.

This report forecasts volume growth at the global, regional, and country levels and provides an analysis of the latest industry trends and opportunities in each of the sub-segments from 2020 to 2030. For the purpose of this study, Grand View Research has segmented the global autonomous vehicle market report on the basis of application and region: 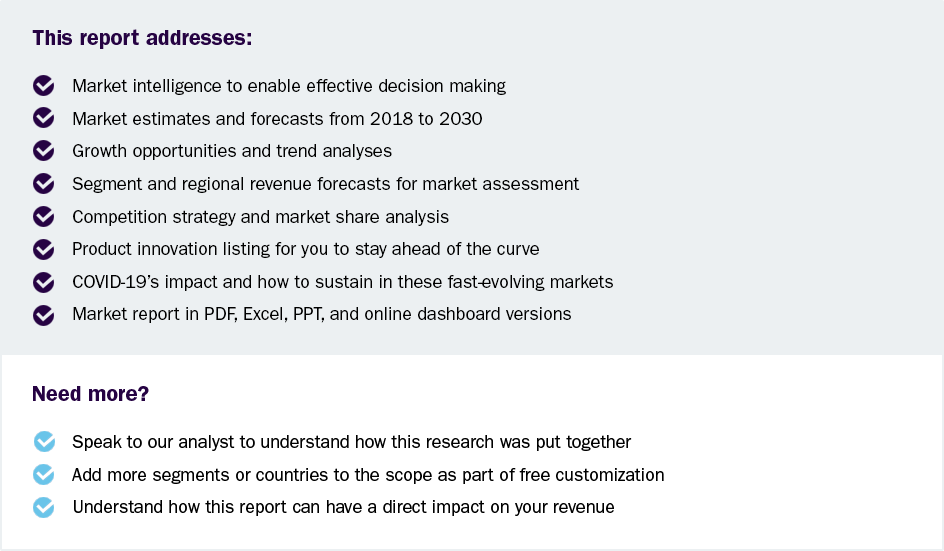