Changing lifestyle triggering the demand for cosmetic procedures is expected to boost the growth of the cosmetic implants market over the next six years. Moreover, the introduction of technological advancements such as hyaluronic acid facial filler and two form-stable silicone gel breast implants and growing expenditure levels among consumers pertinent to aesthetic procedures are expected to positively reinforce the market. The cosmetic implants market is expected to reach USD 9.0 billion by 2020, growing at a CAGR of 6.8% during the forecast period. According to statistics published by the American Society of Plastic Surgeons in 2013, nearly 13.4 million minimally invasive cosmetic procedures have been performed which is approximately 3.0% more than the data registered in 2012. 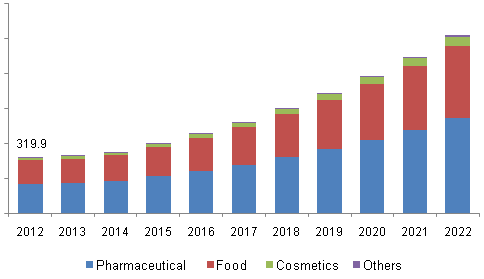 The overall cosmetic implants market on the basis of raw material types is categorized into polymers, ceramics, metals, and biological. Ceramic materials are used as abutments which are connected to the dental implant and rise above the gum. Ceramic materials are rapidly gaining preference over conventional metal implants. The fact that the ceramic implants look aesthetically more appealing and do not shadow the tissue once it emerges from the bone accounts for the aforementioned conclusion. Polymer-based cosmetic implants held the majority of the market share in 2013, mainly owing to its application in procedures conducted in large volumes such as breast and facial implants. Moreover, high durability and the ability of polymers to be molded into various shapes are expected to drive segment growth during the forecast period.  On the other hand, biological cosmetic implants are expected to grow at a lucrative rate over the next six years owing to growing patient awareness levels pertaining to the benefits of biological cosmetic implants over the synthetic ones.

Key application areas of cosmetic implants include dental implants, breast implants, facial implants, and others. Dental cosmetic implants emerged as the largest application segment in 2013. Key factors attributing to its large share include the presence of a large patient base suffering from dental disorders. According to the estimates published by the American Academy of Implant Dentistry, over 30 million American citizens are missing all their teeth in one or both jaws. Furthermore, nearly 15 million residents in the U.S. have undergone bridge and crown replacements. However, breast implants are expected to grow at a lucrative rate of over 6.0% from 2014 to 2020.