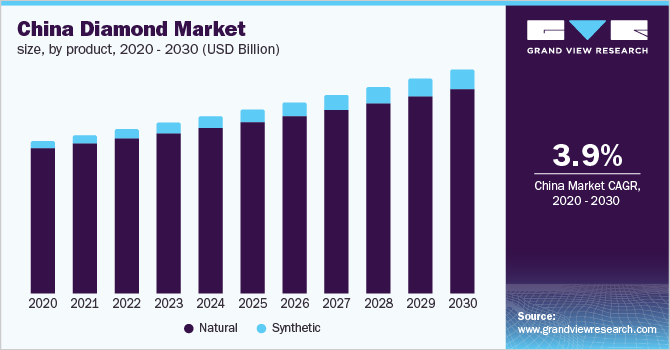 The largest driver for the diamond market is the increasing demand for lab-grown diamonds for jewelry. This is attributed to the significant reduction in their production cost. In 2017, the cost of lab-grown diamonds that were created using Chemical Vapor Deposition technology was between USD 300 and USD 500 per carat since the introduction of synthetic diamond jewelry called Lightbox by De Beers Group. The same product cost was USD 4,000 in 2008. 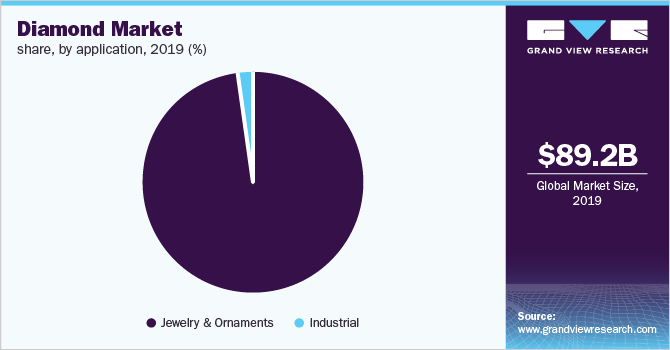 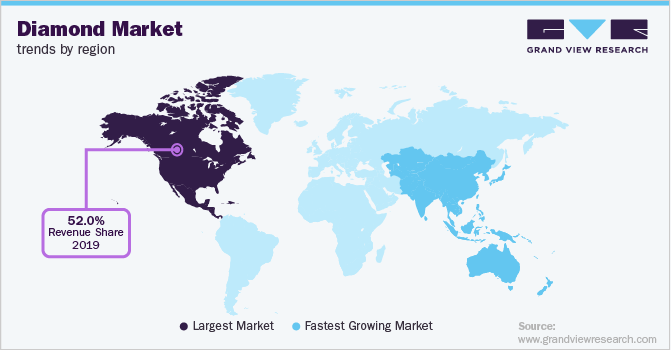 This report forecasts revenue growth at global, regional & country levels and provides an analysis on the industry trends in each of the sub-segments from 2014 to 2030. For the purpose of this study, Grand View Research has segmented the global diamond market report on the basis of product, application, and region: 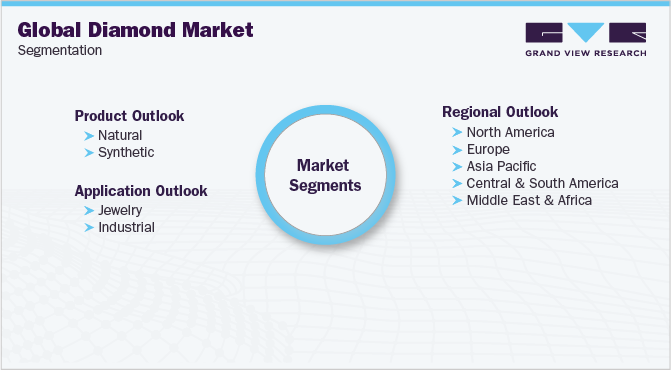