The heart attack diagnostics market was estimated to reach USD 6.6 billion in 2015. Heart attack or myocardial infarction is a form of cardiovascular disease (CVD) and it occurs when oxygenated blood flow to the heart muscle is reduced or cut off, which is also termed as myocardial ischemia. It is one of the leading causes of death, globally, and poses an alarmingly high burden and risk factor. An exigent nature of a myocardial infarction necessitates rapid diagnosis and treatment. The most predominant risk factor responsible for the occurrence of heart attacks in humans is the adoption of unhealthy lifestyle habits including suboptimal diets, followed by tobacco smoking, high body mass index, sedentary lifestyles, and the presence of chronic diseases, such as diabetes and hypertension in the population. These risk factors lead to the deposition or a buildup of fat, cholesterol, and other substances, hence narrowing the coronary arteries supplying the heart, resulting in atherosclerosis or Coronary Artery Disease (CAD). As research data suggests, at every interval of 43 seconds, a U.S. citizen suffers from a heart attack. 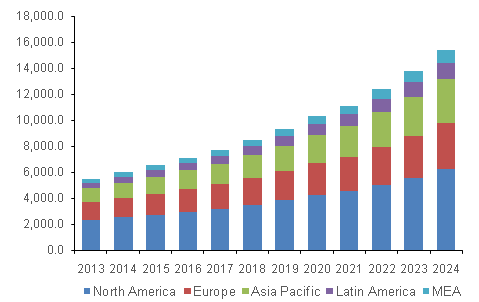 The drivers influencing the growth of the market are the high prevalence of CAD, an increasing geriatric population base, and obesity in individuals stemming from tobacco smoking &the adoption of unhealthy diets leading to the incidence of high cholesterol. However, the low reimbursement provided for mobile cardiac outpatient telemetry ECG by the U.S. government and the gradually declining heart attack incidence rates is expected to hinder the growth of this vertical in the forecast period.

Troponin blood test is anticipated to witness the highest growth

The heart attack diagnostics market by test type is segmented into Electrocardiogram (ECG or EKG), blood tests, and others. The blood tests segment comprises of troponin, Creatine Kinase MB Isoenzyme (CK-MB), and others. The diagnostic methods that belong in the others category include chest radiography, coronary angiography, echocardiogram, and Positron-Emission Tomography (PET) scanning.

ECG is the most commonly employed method for the diagnosis of heart attacks and is continually evolving with progressive technological improvements thus resulting in wider applications. ECGs monitoring systems, event monitors, implantable loop recorders, cardiac telemetry, and ECG data management solutions are the latest additions contributing to the growth of the ECG market transforming it into a technologically powerful and profitable segment. This segment is expected to grow at a significant rate given the high usage rates of ECG in treating CVDs, thus acting as a major driver for this vertical.

With the advent of technology in diagnostics, the blood tests are gradually acquiring the market share of ECG in the heart attack diagnostics market. Blood tests such as troponin are considered as the gold standard method in diagnosis of myocardial infarction owing to its rapid, accurate results, with low turnaround time. As of 2015, troponin test is estimated to hold majority of the shares in the blood tests segment as is anticipated to grow at the highest CAGR during the forecast period.

The Asia Pacific region is expected to be the fastest growing region during the forecast period attribute able to the large burden of heart diseases in certain regions and the presence of highly populated countries including India and China, which are estimated to drive the market growth in the near future. According to published reports, India leads the Asia Pacific segment owing to the high incidence of heart attacks and soaring death rates due to heart diseases.