The global melanoma therapeutics market size was valued at USD 4.2 billion in 2016 and is anticipated to witness a CAGR of 11.21% during the forecast period. Rising incidence of melanoma and other skin cancers is expected to accelerate demand for anticancer agents.

The entry of biosimilars in the market is expected to increase during the forecast period due to the patent expiration of key branded biologics. For instance, Amgen’s patent for Imlygic expires in 2021, and this is expected to offer opportunities for new players to enter the market, and, in turn, boost the market growth.

The prevalence of skin allergies, melanoma, and other skin cancers in developing countries is high, which serves as an opportunity for drug companies to gain a larger share in these regions. Increasing demand for cost-efficient therapeutics in developing regions, such as Asia Pacific and Middle East & Africa, has encouraged major players to develop cheaper and effective drugs. These factors are expected to fuel the growth of the overall market in the coming years.

In 2016, chemotherapy captured around 7% of the therapy segment in terms of revenue. This can be attributed to its high adoption rate in the past few years due to the increasing incidence of cancer, especially skin cancers. Chemotherapy includes a broad range of therapeutics that involve proteins and other synthetically derived products.

Immunotherapy held the largest share of the therapy segment. This can be attributed to the effectiveness of drugs used in immunotherapy and an increase in their approvals. Strong emerging pipeline for melanoma treatment is expected to drive the immunotherapy segment over the forecast period.

Targeted therapy is anticipated to grow at a lucrative CAGR of about 18% owing to benefits such as limited adverse effects and higher efficiency of targeted therapy drugs. Advancements in genomics have led to the development of targeted cancer therapies for the treatment of patients who are incurable by intensive cytotoxic chemotherapy.

The radiation therapy segment is expected to exhibit steady growth over the forecast period owing to the increasing number of advanced melanoma cases and the use of radiation as an adjuvant therapy post-surgery. Radiation therapy is rarely used as a primary treatment. It is only administered to patients in stage 4, who cannot be treated with surgery.

There is a strong emerging pipeline of melanoma drugs. Many of these drugs are under clinical trials. For instance, the products of companies such as Celgene Corporation; Eisai Co., Ltd.; Moleculin Biotech, LLC; and Prima BioMed Ltd. are under phase 2 of clinical trials. Similarly, there are several companies focused on developing new therapeutics. These factors are expected to fuel market growth.

North America held a dominant share of the market as of 2016 owing to the rising incidence of melanoma and other skin cancers in the region. According to the CDC, over 71,943 people were affected by melanoma in 2013. As per the American Cancer Society, this number is expected to go up to 87,100 cases in 2017. These statistics highlight the need for drugs that help in the management of melanoma over the coming years.

The U.S. government has developed favorable reimbursement policies for the treatment of these diseases in an attempt to fulfill unmet patient needs. This is expected to provide a healthy platform for growth to the North American market. Furthermore, owing to the patent expiration of biologics in the coming years, numerous new players are expected to enter the market in this region. The existing players are undertaking various strategic initiatives to improve their revenue share. For instance, in July 2016, Bristol-Myers Squibb Company acquired Cormorant Pharmaceuticals to broaden its immuno-oncology pipeline. 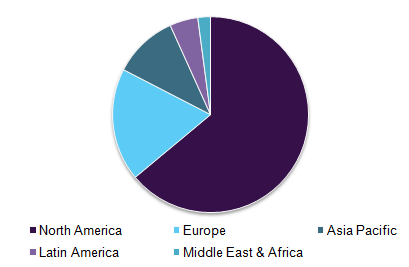 The Asia Pacific market is expected to grow at a lucrative rate owing to the constant rise in the incidence of skin cancer coupled with increased demand for cost-efficient therapeutics. Owing to the presence of a large number of clinical research organizations, several pharmaceutical firms are drawn to this region for the production of effective and cheaper drugs.

Furthermore, an increase in government initiatives for improving health care facilities in this region is another factor contributing to market growth. For instance, the Government of India approved the establishment of State Cancer Institutes and Tertiary Care Cancer Centers in the country in 2013, which is expected to boost the regional market to a certain extent.

The market is witnessing substantial growth owing to the development and approval of new biologics as well as their growing demand, which has drawn several local and international companies to invest in developing these therapeutics.

The market is highly competitive in nature, with leading players involved in regional expansion, partnerships, new product development, and R&D to increase market penetration. Several products are under clinical trials in the U.S. & Europe, which are expected to receive approval during the forecast period. With an increasing number of distributors and dealers for these drugs, the market is likely to continue witnessing high competitive rivalry over the forecast period.

This report forecasts revenue growth at global, regional, & country levels and provides an analysis of the industry trends in each of the sub-segments from 2014 to 2025. For the purpose of this study, Grand View Research has segmented the global melanoma therapeutics market on the basis of therapy, drugs, and region: