The small wind market size was valued over USD 530 million in 2016 and is anticipated to grow at over 14% by 2025 owing to global energy crisis coupled with depleting non-renewable resources for electricity generation. Stringent government regulations towards restricting the growth of carbon footprint along with financial benefits offered to augment adoption of renewable sources of energy is anticipated to drive the market. However, increasing popularity of solar energy is perceived as a threat to wind energy owing to its competitive pricing and easy availability of components. Growing awareness in developed regions including Europe and North America along with developing regions of Asia Pacific is anticipated to drive business growth. 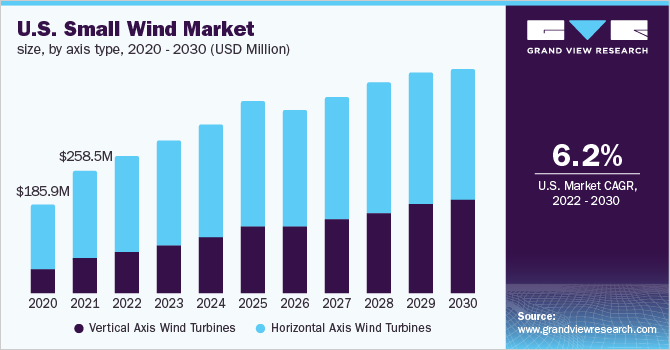 Horizontal axis wind turbines (HAWT) lead the segment by a large margin owing to the design being traditionally available for over the past two centuries. In 2016, HAWT accounted for over 95 MW in terms of volume. The segment is expected to witness strong growth over the forecast period owing to ease in installation coupled with easy availability of components. Vertical axis wind turbines (VAWT) are anticipated to register exponential growth over the forecast period owing to affordable pricing coupled with numerous environmental benefits offered by the design. 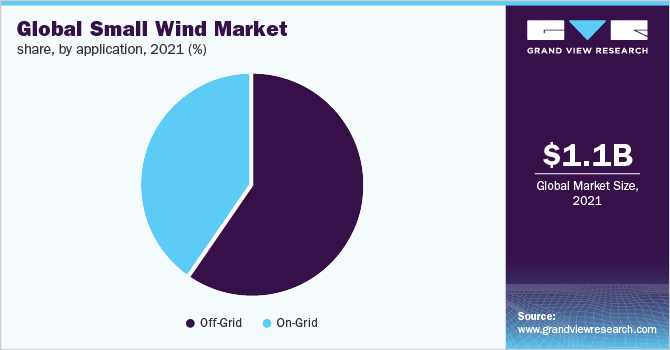 The on-grid segment is predicted to exceed USD 190 million in 2025 owing to the government initiatives towards enhancing grid connectivity in the small wind sector. Numerous financial and economic benefits offered by regulators including Production Tax Credits, Investment Tax Credits and Feed-in Tariffs will augment the market of small wind growth over the forecast period.

Europe emerged as the global leader with over 42% of the small wind market. Germany and the U.K. held the maximum share in  Europe, virtually dominating the market primarily owing to large scale funding received by both countries cumulatively. Numerous manufacturers have set up regional offices along with production facilities in these countries to capitalize the current boom in the industry as well as leverage their positions to become market leaders.

In 2016, the North America market of small wind was trailing as the second-largest region in terms of both volume and revenue. However, apprehensions regarding market saturation by 2025 has saddled the market growth to a modest rate. According to a 2015 Department of Energy report on Wind Energy, 80% of small wind turbines manufactured in the country are being exported to Europe.

Asia Pacific market of small wind was valued over USD 90 million in 2016 and is anticipated to register maximum gain over the forecast period. The region is facing a large scale energy crisis which is expected to intensify in the foreseeable future owing to fast depleting resources. In this crucial situation, affordable renewable energy sources are being considered the future of the energy sector. Asia Pacific is anticipated to be the second-largest market during the forecast period.

The small wind manufacturers are focusing on innovative products at a competitive price and efficient grid connectivity which would help them increase their market share over the forecast period. Therefore, companies have made large investments towards research and innovation of new, sleeker, and more efficient wind turbines, with an aim to augment its clientele.

This report forecasts revenue growth at global, regional & country levels and provides an analysis of the latest trends and opportunities in each of the sub-segments from 2014 to 2025. For the purpose of this study, Grand View Research has segmented the small wind market on the basis of product, and region: