When we go through well-known acronyms starting with F, such as FIFA, FAO, FBI among others, FPGA might not come up (unless you’re a tech geek). However, we are surrounded with it and our appliances would find it extremely difficult to function without it. 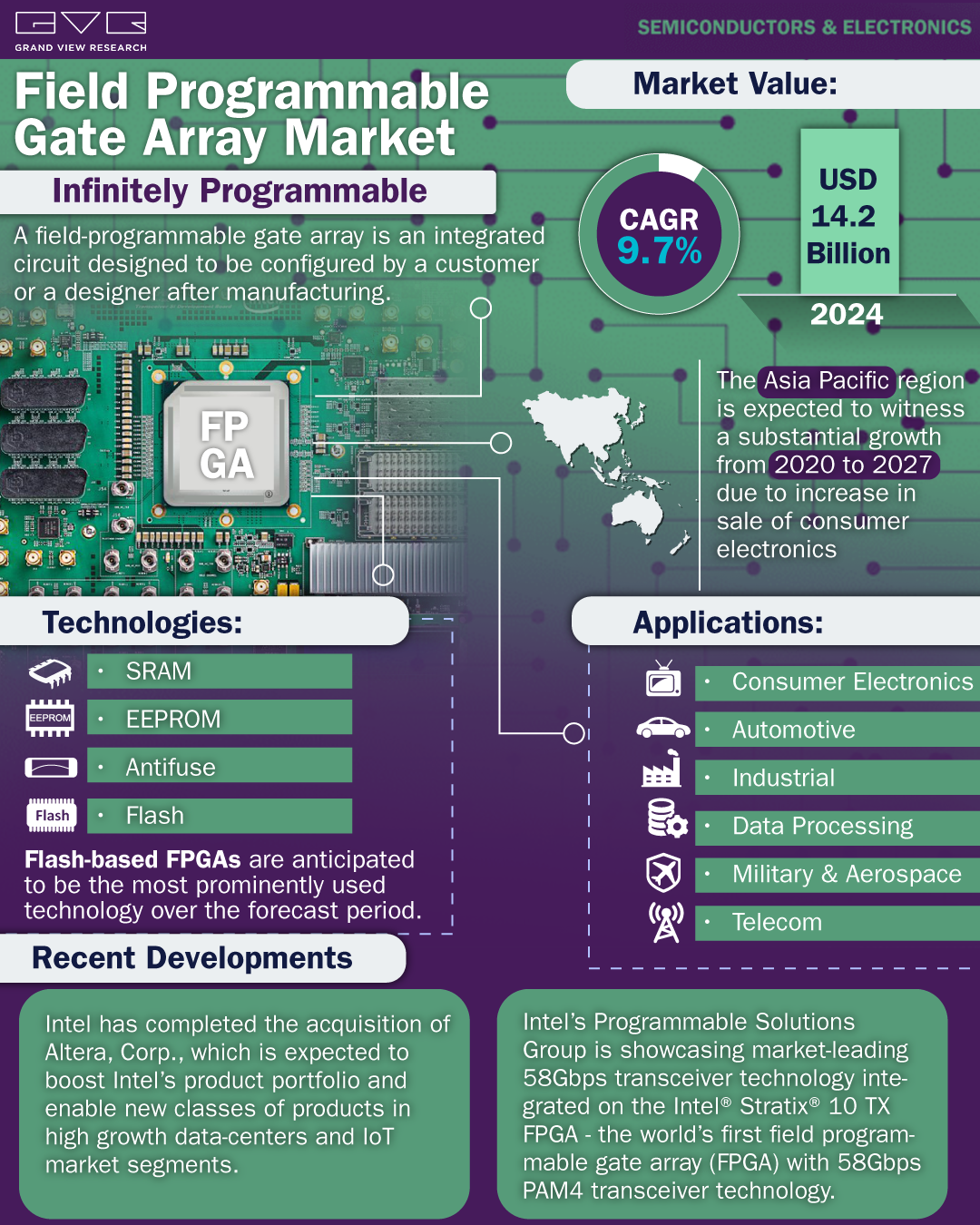 All About FPGA & More…

The Field Programmable Gate Array is an Integrated Circuit (IC) which can be configured to a device by a customer after its manufacturing, hence it is termed as - Field Programmable. Some FPGAs can be reprogrammed infinite times and some limited times. Hardware Descriptive Language (HDL) is used to configure FPGA, in a manner similar to the configuration of application-specific integrated circuit (ASIC). In general terms, FPGAs are programmable silicon chips with a collection of programmable logic blocks surrounded by Input/Output blocks that are put together through programmable interconnect resources to become any kind of digital circuit or system.

FPGAs are more reliable than the microprocessors, as they are truly parallel in nature. Each independent task is assigned to the dedicated section on the chip. Therefore, performance of one section is not affected by the other section.

The unique feature of FPGAs to be reprogrammed post manufacturing for fulfilling a specific task makes them beneficial for users. Over the past few years, usage of FPGAs has increased from high-end devices to mid-end and low-end design needs across industries. With FPGAs, device engineering and prototyping is possible in a much lesser time and cost as compared to the traditional ICs. These usages propel the demand of FPGA, in fact, Field Programmable Gate Array market is expected to reach USD 14.2 billion by 2024, according to a new report by Grand View Research, Inc.

Ross Freeman, cofounder of Xilinx, developed FPGA in 1985 for the first time and since then it has come a long way. Logic capacity of FPGAs increased with advancements in technology, along with the that demand for FPGAs skyrocketed, as it came to be used in diverse sectors due to its reprogrammable ability.

Based on programming technology, FPGAs are classified into three types -

In the United States, SRAM has higher demand among its other variants and dominates the market. This can be aptly understood by the pie chart below. 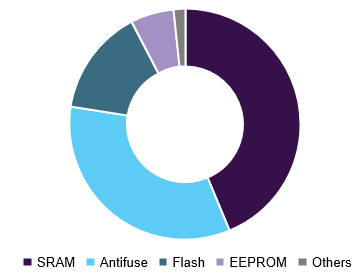 Over the years, there has been a transition in the technologies used for FPGAs. Fuse and Erasable Programmable Read-Only Memory (EPROM) based FPGAs are declining to give way to improved technologies such as the Static Random Access Memory (SRAM) and antifuse-based FPGA technology.

FPGAs have varied applications across industries. They have been heavily used in the telecom industry, data processing industry, industrial sector, energy and aerospace & defense among others.

Also, FPGAs are used for processing-intensive space systems. These capabilities provide FPGAs an important status and increases its utility in aerospace & defense.

Factors such as the technological efficiency of FPGAs over the Application Specific Integrated Circuits (ASICs), its growing demand across industries, and the technological improvement of FPGA circuits have made it very popular among users. The market growth is expected to be robust in the future. However, the designing complexities of FPGA circuits and their overlapping market to some extent with System on Chips (SOCs) and ASICs may be a barrier to the otherwise growing FPGA market.

Altera and Xilinx are the two major competitors in the market and have been in operation since more than 3 decades. Both of them provide similar products and depend on innovation to gain larger market share globally. Together they hold almost 90% of the market.