Flight simulators have witnessed a new wave of technology ushered by AR and VR. How are institutions readying themselves for its use, and which major factors govern the simulator market?

Many of us, when asked when we were young about what we wanted to be when we grew up, would have said ‘Pilot’, at one point or another. Even though only a miniscule percentage of that crowd go on to actually work towards that dream. Man has always had a fantasy of soaring through the skies, with his flight in his control. Admittedly, the technology has not become so evolved that man can fly whenever he wants, how he wants and wherever he wants, but a pilot manning a plane is also pretty close, wouldn’t you agree?

So how can you learn to control a plane or a helicopter, before applying it in practicality, of course? The simple answer – flight simulator. It is a system that lets the user experience what it is like to pilot a particular type of airplane. Flight simulators are mainly used for pilot training. They replicate the equations that make an airplane fly and the aircraft’s response to flight control applications & external factors. External factors refer to turbulence, air density, wind shear, precipitation, cloud, and so on. Besides pilot training, they are also used extensively in the design & development of airplanes. Flight simulators are ideal for organizations engaged in aircraft crew training.

Microsoft’s Flight Simulator, which is a series of training programs, packaged as video games, is a product that might be very familiar to most gamers. It is one of the longest running and most popular flight simulator program available globally. The game has attracted a sizeable following owing to its depiction of flight controls and its ‘gameplay’. Giant firms such as Lockheed Martin have also had partnerships with this program. The ‘game’ has brought flight procedures and controls to living rooms, thus enhancing the appeal of flight simulators across the globe. 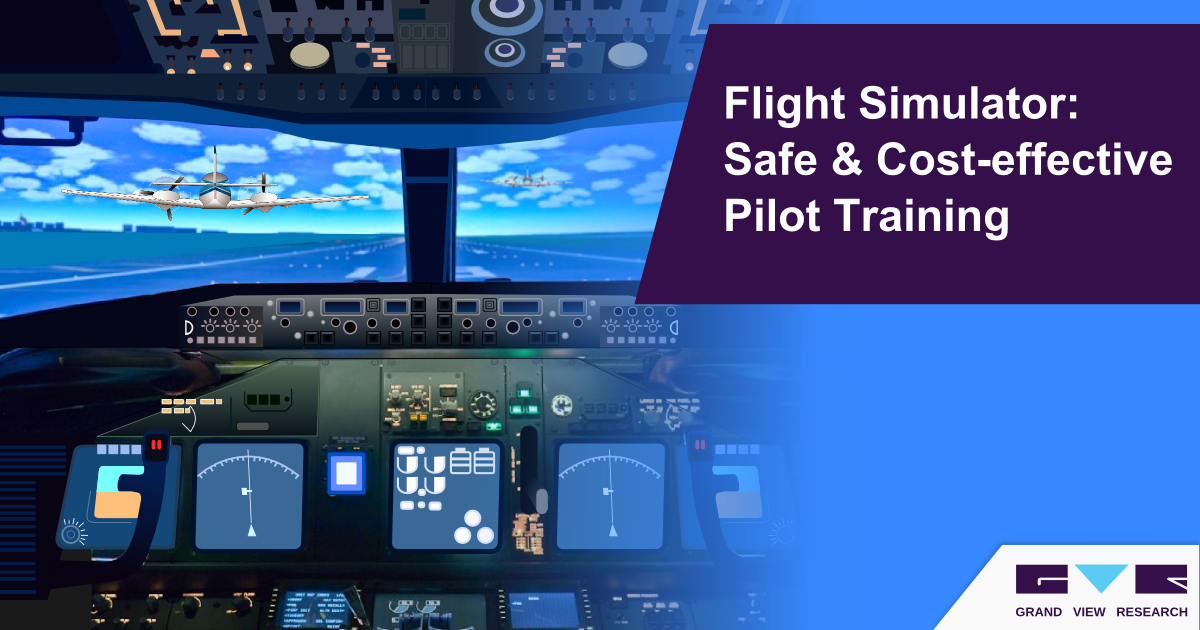 Flight simulators have an important role in pilot training as well as in sustaining pilot currency. Admittedly, the early simulators would leave a lot to be desired in terms of execution and the final output, but technology has come very far, so far that the lines have blurred between real environment and simulated ones. Simulation technologies determine the safety levels of modern general, public, and commercial aviation. Furthermore, these technologies are applied in aircraft design studies and in the investigations of air accidents.

The use of simulators is an economical approach towards pilot training. Inadequate financial resources coupled with the complexities of aircraft systems & training processes makes the adoption of flight simulators a cost-effective option. Unlike, actual aircrafts, expert aircraft simulators offer training at extremely low costs. Nobody would really want to train a pilot on an actual, real-life aircraft!

Most veteran pilots agree to the fact that flight simulators are a great training tool. After all, the U.S. Air Force’s Pilot Training Next program claims to have turned out qualified pilots in half the time it used to take earlier, through the use of simulators. It is no wonder that the demand for these tools has rapidly grown since their introduction. Some of the major factors driving flight simulator market growth are:

Not everything about flight simulators is great, however. The system is associated with high manufacturing costs, along with maintenance and operational costs, which can potentially hinder market growth. Even though flight simulator has proved to be very efficient for future pilot training programs, the presence of limited physical environments as well as behavioral fidelity that is associated with simulators can be expected to stunt market growth.

Key companies operating in the global market are Canadian Aviation Electronics Ltd., Cassidian, Alenia Aeronautica S. p. A., The Boeing Company, Fidelity Technologies Corp., Lockheed Martin Corp., and Kratos Defense and Security Solutions Inc. The major developments that have occurred in the past few years in the industry include: