Formaldehyde is an important feedstock component for production urea-alkyd resins, which find applications mainly for the output of binding materials for medium density plywood and particle boards. Formaldehyde is extensively used in various industries such as plywood, automobile, construction, etc. Key drivers for formaldehyde market include the growth of its application in various industries such as construction, automobile, and textile industry.

Formaldehyde is typically formulated from methanol which is predominantly used in synthesis of resins. This constituted a major portion of its application and the rest is followed by formaldehyde usage in the fertilizer sector and in producing various disinfectants and preservatives. They are also primarily utilized as hydrogen sulfide scavenger in diverse oil operations and in other industrial applications.

Positive outlook on construction and growth in infrastructure spending has led to an upturn in formaldehyde market demand for various reinforcement and component applications. Formaldehyde is produced close to the consumption area, owing to issues in transportation over long distances. Growing concerns for health and safety regarding human life as well as the environment are expected to be key challenges for industry participants.

The U.S. EPA has issued stringent guidelines to be followed to ensure the safety of the workforce and avoid potential damage to lungs, nose, skin, reproductive systems problems, and cancer. Apart from regulatory restrictions, fluctuations in the price of raw materials are key issues associated with the formaldehyde market.

Formaldehyde has multiple applications across a robust range of end-use industries. They are widely used in cosmetics, wherein the compound acts as antimicrobial agent as well as a preservative. Similarly, in terms of its involvement in the agriculture industry, the compound is majorly used as a fumigant and also as a fungicide and germicide.

The usage of PF resins has also been increasing in the oil industry. Phenolic PF resins, water resistant in nature, are used as adhesive and durable binders. Fire resistant variants are widely used in automobile industries and construction industries. Growing UF resins preference is also expected to drive formaldehyde market growth owing to its chemical, arc, and flame resistant and color retention properties along with the ability to be applied in aqueous suspension.

Construction is a key end-use industry for the market, where resins are used for making cabinet doors, laminator countertops, medium density fibreboard, and insulation. It enables to the manufacturing of long-lasting furniture at reduced costs as compared to wood. Resins allow recycling of older furniture to provide high quality recycled wood products which help in reducing the negative impact on the environment as well.

Formaldehyde market demand is expected to be driven in the automotive industry, in the form of resins and other materials for use as varying car components possessing properties of high strength and abrasion resistance.

The recovering North American market has shown signs of steady demand in various segments. Asia Pacific is expected to contribute to formaldehyde market growth with its emerging construction and automotive markets. Other regions such as Europe and Latin America are expected to witness steady demand growth. 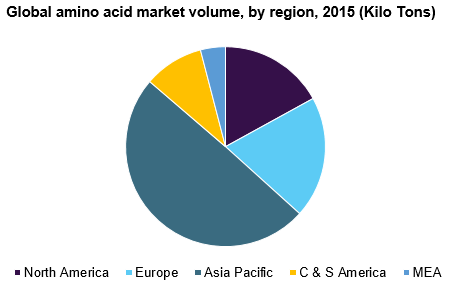 The market is moderately concentrated with a mixed batch of established players such as BASF SE, Bayer Crop Science, and Huntsman Corporation among others along with several new market entrants. This has paved way for new product innovations and reforms in technology implementations and adaptation among the industry participants.