Vascular structures of the nervous tissues and blood vessels are majorly affected in the patients suffering from neurovascular disorders and can lead to moderate to severe damage to the brain, resulting into conditions such as strokes and cerebral hemorrhage. Stroke is the third leading cause of disability and deaths worldwide. The weakening or blockage of intracranial arteries can lead to serious consequences. Owing to the increasing prevalence and incidence of neural vascular disorders in conjunction with rising lifestyle disorders such as obesity, the demand for neurovascular devices is growing rapidly.In addition, rising geriatric populationacross the globe who are highly susceptible to acquire these disorders is contributing  the need of neurovascular management. 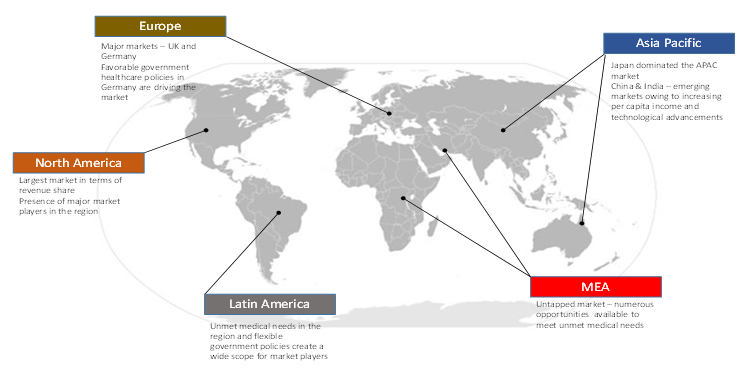 Neurovascular device types are based on various mechanisms of actions. The devices include embolic coils, liquid embolic agents, flow diversion devices, arterial stents, catheters, and guidewires, etc. For instance, the embolic coils provide solid support to the weakened part of the intracranial arteries while the liquid embolic agents flow through the blood for the easier passage of catheters through the intracranial arteries. Among these devices, embolic and aneurysms coils represent the largest market share. However, the growth rate for this segment will be stagnant over the forecast period as the market has now matured.

The major therapeutic area targeted by neurovascular diseases is treatment and management of both the types of stroke, namely, ischemic stroke and hemorrhagic stroke. Stroke as a segment of therapeutic area market is more mature than the other disorders. Stroke majorly involves the use of neurovascular devices such as embolic coils, stenting systems, flow diversion devices, and balloon catheters. In addition, neurovascular devices such as stents are mainly used in the treatment of intracranial arterial stenosis.

North America was at top position in this market in the year 2015 in terms of revenue and will retain its position over the forecast period. The key drivers for growth of North American market include technological sophistication in the treatment options and favorable reimbursement structures. Furthermore, Asia Pacific will exhibit an impressive growth rate of 7% over the forecast period. In general, there is a wide scope for market players to enter developing markets such as China, Mexico, and India, owing to the improving healthcare infrastructure.

strategic acquisition by the market leader for portfolio expansion