Europe Food Can Market - Demanding Attention From The F&B Industry

What is canned food, and how good is it? is a question that has been hounding consumers for, well, since canned foods were introduced in marts and supermarkets. manufacturers of canned food products always have had to bat away the all-important question - How safe is the ‘food can’ that is being used to sell the fruits or vegetables? There have always been conflicting opinions regarding the quality of these containers and the resulting condition of the food material within, but manufacturers have been striving to provide consumers with the best quality food that can be made available. 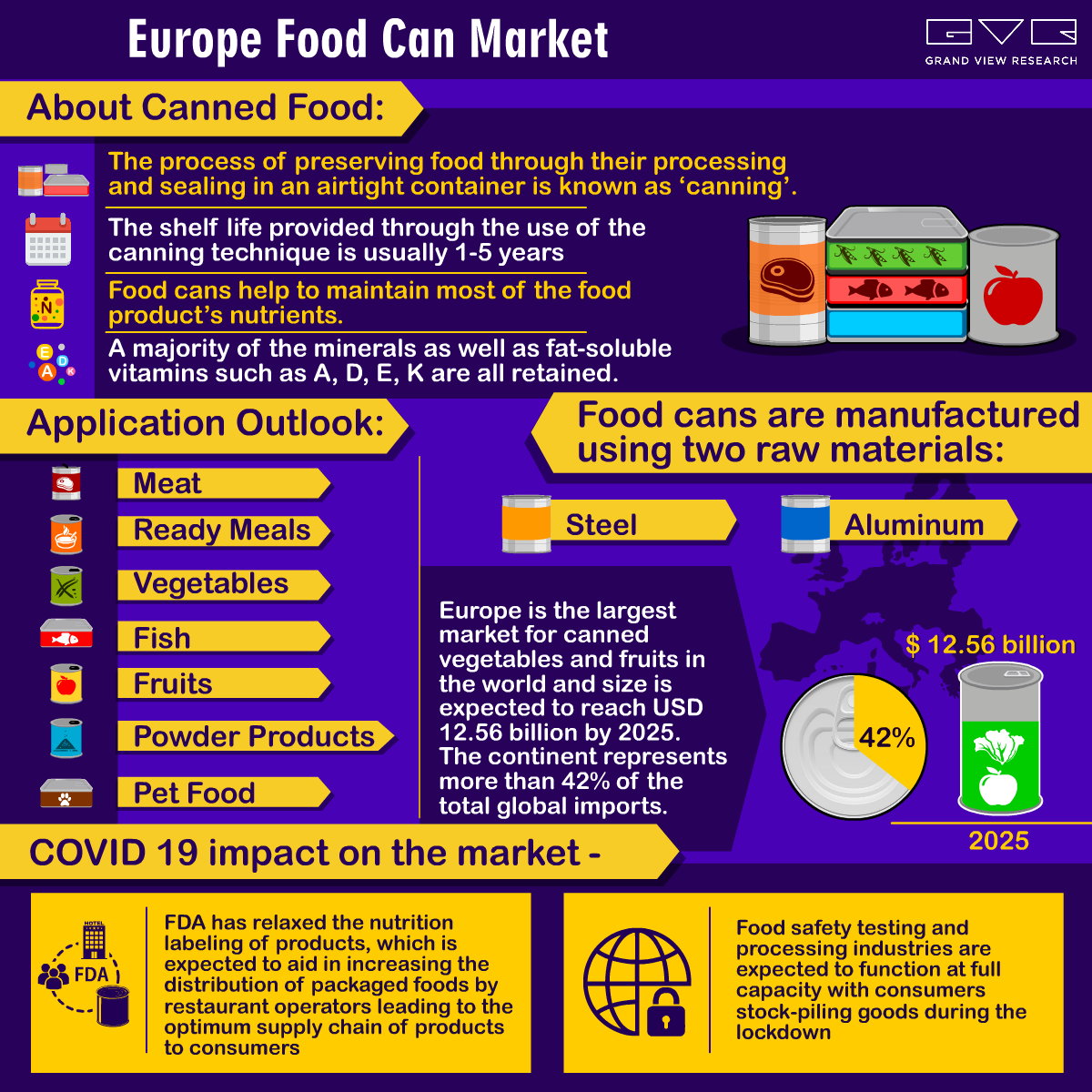 The process of preserving food through their processing and sealing in an airtight container is known as ‘canning’. The shelf life provided through the use of the canning technique is usually 1-5 years, although some rare cases such as canned dried lentils can last as much as 30 years in the edible form. The concept of food cans has been around for as long as the early years of Napoleonic wars, wherein Nicolas Appert, a French confectioner and brewer, found a way to seal food in glass jars. This technique caught on rather quickly, with canned food becoming a status symbol in the European middle-class households. The Europe food can market has consequently seen rapid growth through the years.

Food cans are found in all shapes and sizes, with a vast majority of countries around the globe having these products in commercial kitchens. They provide consumers with safe, nutritional and economical food options, with the added advantage of long-term shelf life and sustained food quality. Food cans are also environment-friendly, and the Can Manufacturer's Institute and The Aluminum Association have sprung up some interesting facts regarding its usefulness and recyclability, such as:

Also, contrary to popular belief, food cans, be it for vegetables or seafood, help to maintain most of the food product’s nutrients. Majority of the minerals as well as fat-soluble vitamins such as A, D, E, K are all retained. However, the presence of water-soluble vitamins, such as B and C, may witness damage, as the canning process generally involves high heat. However, these vitamins may also be lost during cooking at home with fresh ingredients. Another fact to be noted is that while there may be decrease in the number of certain components in the product, they also help in increasing the amount of other healthy compounds.

Steel cans are further divided into tin-plated steel and tin-free steel. Both types of the raw materials find a wide application scope in F&B industry as they are used to pack fruits, vegetables, meat, pet food. Aluminum cans are expected to grow at a higher rate as compared to steel cans, owing to high quality preservation and corrosion resistance offered.

Which brings us to Europe, the largest market for canned vegetables and fruits in the world. The continent represents more than 42% of the total global imports. The region sees high demand for processed edible products from consumers, which is aiding the growth of the Europe food can market. The industry is expected to witness substantial growth owing to increased recycling of used food cans. According to data from Eurostat, for the period between 2007-2017, the packaging waste that was recycled and recovered both grew by 2.0% respectively. The growing awareness regarding the optimum utilization of natural resources has driven the demand for recycling of metals which can be reused, which is expected to positively affect the Europe food can industry in the coming years.

Central and Eastern Europe countries are projected to raise their canned fruit imports relatively, as compared to Western Europe. The European countries with the highest import of canned fruits and vegetables in the recent past have been Romania, Ireland and Hungary. The market for canned fruits is particularly strong in Russia; however, it is relatively mature in other economies due to rising demand for fresh fruits by the health conscious consumers in Europe.

Canned Food Is In High Demand All Across Europe

The market for canned meat has witnessed a growth over the past four years to due increasing dependence of the consumers on the processed food with higher shelf life. Increasing demand for canned food, primarily in Eastern Europe and Russia is expected to emerge as the major growth driver for the Europe food can market in coming years. Western Europe is also a major consumer of canned food, led by Germany, United Kingdom and France, indicating high demand by consumers. This is expected to positively affect the regional industry.

The European market for vegetable cans is expected to register a diminished growth with consumption fluctuations being driven majorly by the crop harvest with no significant structural changes expected to unfold. However, rising demand for exotic and tropical canned vegetables is expected to drive the Europe food can market growth in the near future. The market witnesses a high intra-Europe import with an increase in demand for varying vegetable types driving the consumption of metal cans in the region. 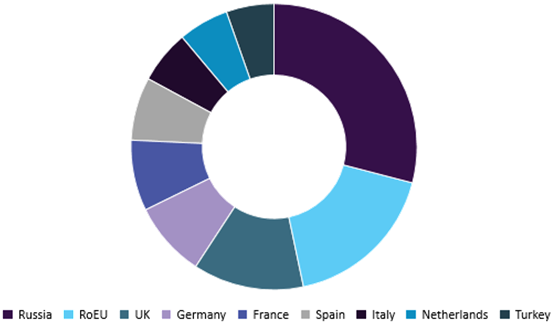 Another area that is showing growth in the Europe food can market is pet foods. With the region showing a continuous increase in the adoption of common animals such as dogs and cats, as well as birds, there is a huge opportunity for pet food manufacturers to establish dominance. Again, a large number of pet foods are available in cans, as they mostly carry wet foods that are preferred by pet owners on account of the variety of nutrients they provide to the pet. Cat foods such as sardines and tuna are also made available in cans, which has led to an increase in the Europe food can production.

The presence of major fruit processing industries such as Del Monte, LBO France, and Dole leads to a high demand for the product for packaging fruits. Competitors in the Europe food can market include Ardagh Group, Ball Corporation, Crown Holdings and MAUSER Group. The strategies adopted by the companies such as production capacity increases leads to an increase in the demand for the product in the region. Some of the recent developments that have been overseen by these companies include:

Canned food samples from the ‘Bertrand’ steamboat wreck, which had sunk in the Missouri river in 1865, were tested by the National Food Processors Association 109 years later, in 1974. Although there was deterioration in the smell, appearance and vitamin content, it was deemed safe to eat, as there was still no trace of microbial growth!