To save and prolong this precious thing, man has gone over to achieve several feats with the help of science and technology, and has developed healthcare and life saving technology to such a level, that astonishes us to the core. 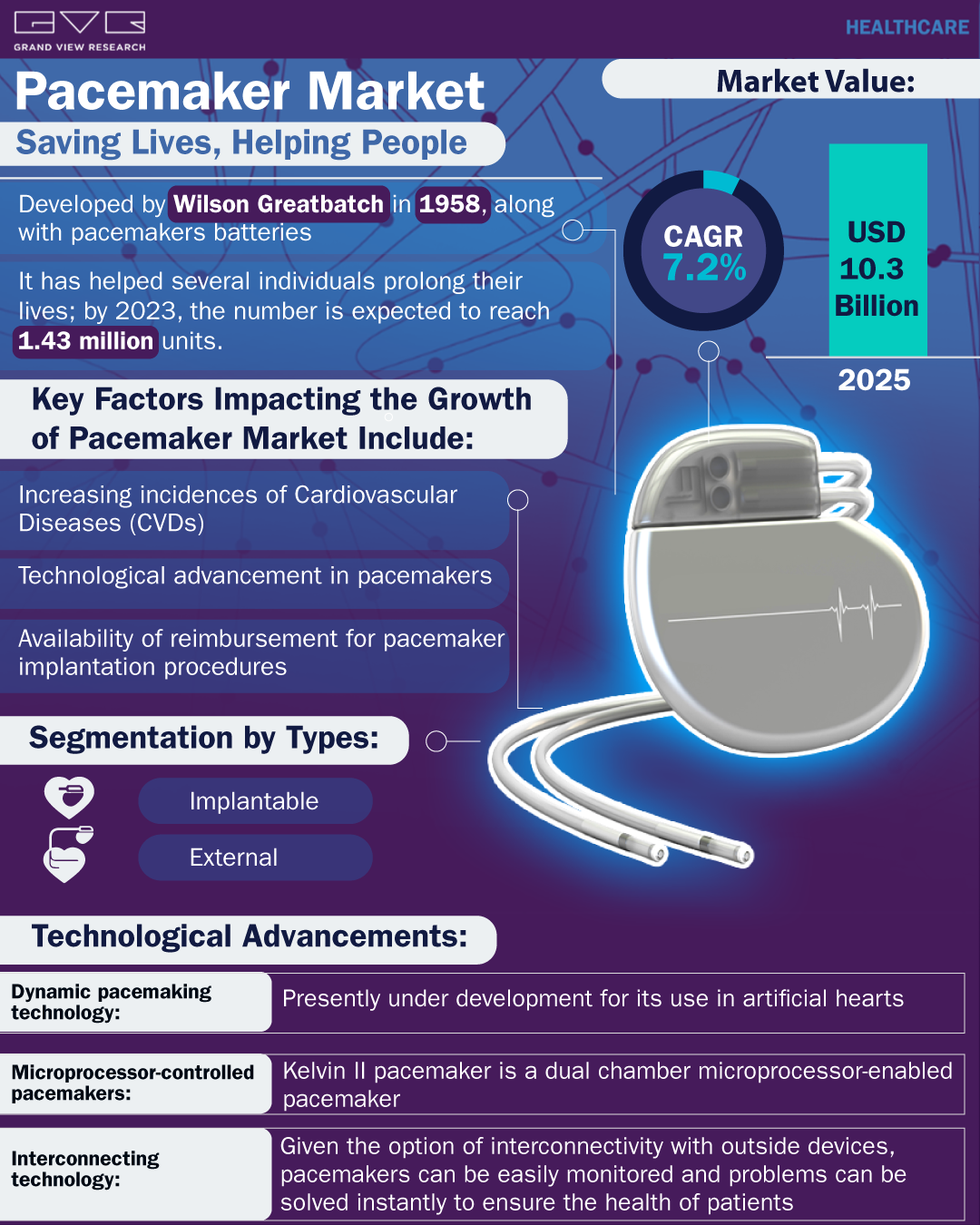 When we talk about heart pacemaker, we talk about the same level of developed healthcare technology, which is proving out to be a lifesaver in literal meaning. Pacemaker or ‘Artificial Cardiac Pacemaker’ was developed Wilson Greatbatch in 1958, along with the pacemakers batteries. And since it has been developed, it has helped multiple people prolong their lives. As of 2016, 1.14 million pacemakers are in use globally; and the numbers are going to rise to 1.43 million units by the year 2023. Therefore, the Global Pacemaker Market is certainly receiving great demand, which is expected to reach USD 10.3 billion by 2025, according to a new report by Grand View Research, Inc., exhibiting a 7.2% CAGR.

Cardiac pacemaker is one of the cardiovascular medical devices, which controls the functioning of the heart using electrical impulses that artificially contract the heart muscles. A block in the heart’s electrical conduction system may result in failure of the natural pacemaker in the heart. It generates electrical impulses delivered by electrodes to cause the heart muscle chambers (the upper, or atria and/or the lower, or ventricles) to contract and therefore pump blood; by doing so this device replaces and/or regulates the function of the electrical conduction system of the heart. 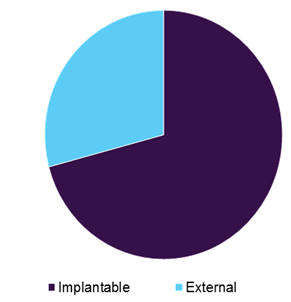 The biventricular pacemaker also known as Cardiac Resynchronization Therapy (CRT) is used in patients with a lack of synchronization between the contractions of the left and right ventricles, a condition known as ventricular dysynchrony. These devices consist of a couple of leads, one stimulates the septum and the other stimulates the epicardial wall of the left ventricle.

Following are a couple of advancements, which are likely to impact the dynamics of the global pacemaker market:

The key drivers impacting the growth of the pacemaker market include:

Above factors push the demands in the market and boost the competition, which leads to greater technological advancements along with research and development in the sector. New product development, geographical expansion, collaboration, mergers and acquisitions, and pricing strategies are key undertakings of players in this space. For Instance, in July 2016, St. Jude Medical received U.S. FDA approval for SyncAV, a CRT software compatible with the company’s multiPoint pacing technology. The software was approved in the European market in June 2016.

Some of the key players in the market are Medtronic; BIOTRONIK, Inc.; Boston Scientific Corporation; St. Jude Medical; ZOLL Medical Corporation; MEDICO S.p.A.; Vitatron; Pacetronix; and Cordis, Inc. among others.