Robotics and other combinations will make the world pretty fantastic, compared with today. - Bill Gates

Robots are not an object of fiction anymore; they have made their presence felt almost everywhere in human’s world. From assembly lines in automobile factories to living areas of a normal household, they are becoming more and more common nowadays.

When it comes to Robotics, it is nothing but a branch of technology that deals with the design, construction, operation, and application of robots. It caters to several usages by developing many types of robots. Service robots are one type of robots that are immensely famous & are in usage worldwide for multiple applications. These diverse set of usages has made the service robotics industry booming worldwide. The global service robotics market was expected to reach USD 15.69 billion by 2020, at an expected CAGR of 23.7% from 2014 to 2020, according to a research by Grand View Research, Inc.

What Are Service Robots?

As the name suggests, service robots are the robots mainly developed to assist humans with the work that are dirty, dull, distant, dangerous or repetitive, including household chores. These robots are operated by internal controlling system and provide an option to manually override the ongoing operation. This option is helpful when complications arise. International Organization of Standardization defines a “Service robot” as a robot “that performs useful tasks for humans.” 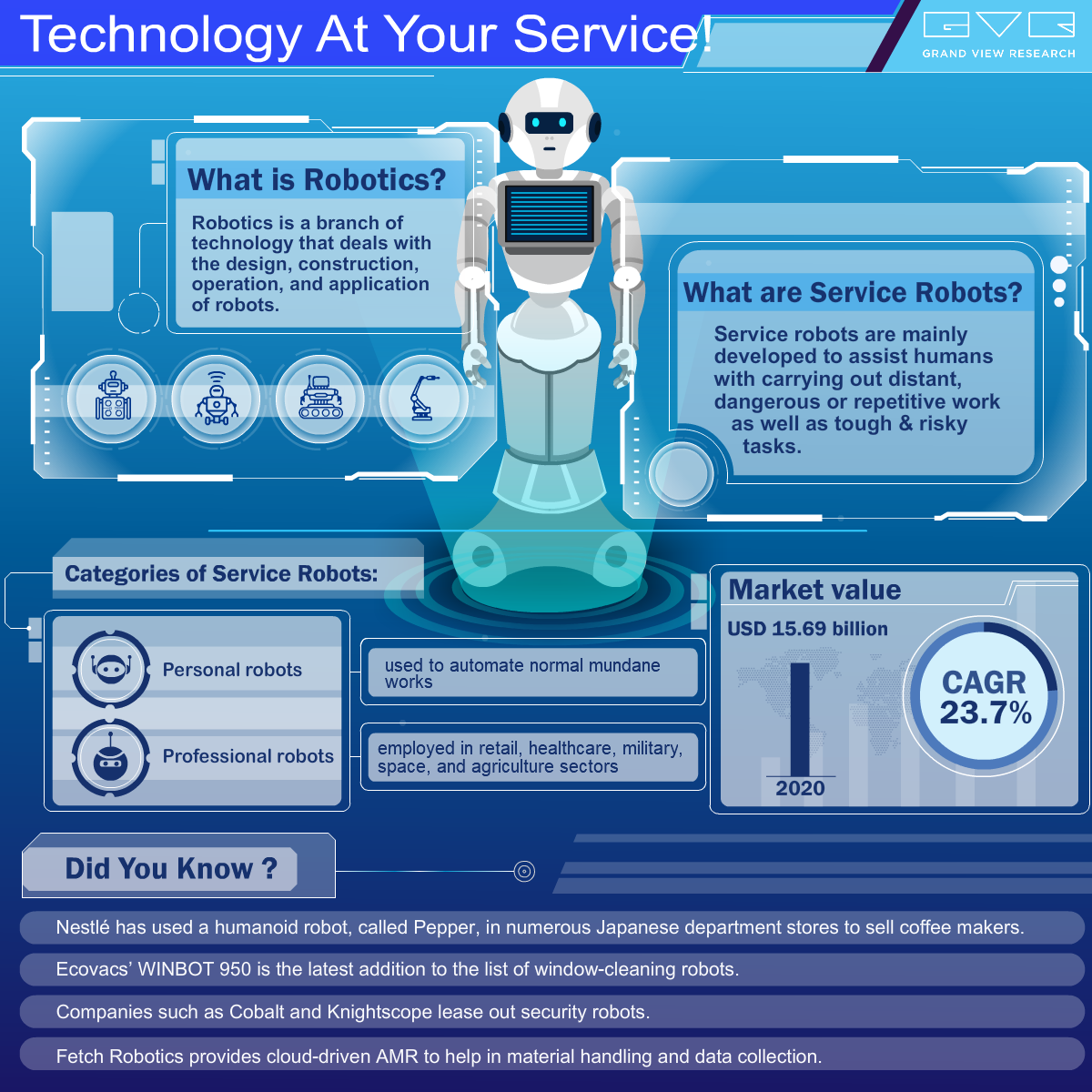 Service robots are gaining importance due to several factors that the modern age brings. These are:

Along with these major factors at work, an ageing population, mobile technology and other smart devices incorporating robotics, funds and favorable government grants, enhancement of complementary technologies and venture capital investments among others are also expected to impact the market demand.

The service robotics market is brimming with potential and whole world is waiting intently for the major new innovations that can bring a paradigm shift in the way things are done. With this in the back of the mind of researcher and robotics experts, there are many new developments that has taken place in recent times.