The global biotechnology market size was estimated at USD 369.62 billion in 2016. The presence of room for partnerships in the sector is expected to drive significant progress in the industry. The companies are focusing on the development of novel techniques and their implementation by collaborating with the other participants. Organizations such as the DBT (Department of Biotechnology) together with government-funded institutions and other autonomous organizations representing the biotechnology sector promote funding to support R&D and new product development endeavors.

Rise in demand for these therapeutics and diagnostic solutions on principles of red biotechnology, DNA sequencing, and recombinant technology is anticipated to fuel growth. Increasing prevalence of diseases such as hepatitis B, cancer, and other orphan disorders is expected to fuel demand in this space.

Rise in the demand for food and agricultural products including sugarcane, rice, beans, and wheat owing to the growing population base in U.S., China, and India is expected to raise the importance of these products. In addition, factors such as shortage of water, low yield of crops, pest attacks, and limited availability of agricultural land are encouraging researchers to engage in extensive R&D.

Decreasing prices of DNA sequencing is expected to serve this sector as a high impact rendering growth driver. It is expected to encourage researchers and manufacturers to increase R&D initiatives targeted at understanding genetic variations and developing therapeutic solutions for chronic diseases with large global prevalence such as cardiovascular diseases, diabetes, and cancer.

The optimization of sequencers and their software, as well as the involvement of governments and collaborations between these companies and medical specialists, will be of utmost importance for the success of DNA-sequencing technology.

Health associated applications accounted for the largest share as a result of the higher use of associated products in the healthcare industry. The growing prevalence of chronic diseases heightening the demand for new drug development is one of the key factors accounting for the aforementioned conclusion. Moreover, the growing demand for personalized medicine and biosimilars is also expected to drive segment growth during the forecast period. 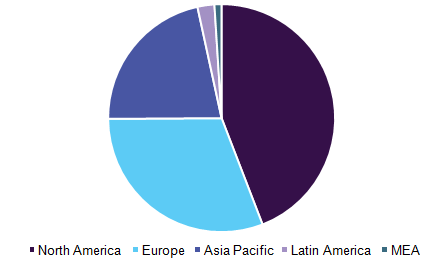 Nanobiotechnology dominated in terms of revenue share in 2016. Nanobiotechnology finds major application in drug delivery therapies for chronic disorders such as cancer. It involves the development of nanoparticle-based chemotherapeutic drugs, gold nanoparticles, and quantum dots for molecular diagnosis and nanobiosensors which help in optical imaging and drug delivery. Growing R&D carried out in various companies in discovering new avenues such as microfabricated systems and devices used in the treatment of several acute ailments is a key driving factor of this segment.

Bioinformatics is expected to witness the fastest growth in the coming years. Uptake of cloud-based solutions which effectively and robustly manage the parallelization and distribution of input data and user code on many computer nodes is attributive for estimated growth in the bioinformatics based methods. The introduction of a cloud computing environment for processing NGS generated data has played a great role as a driving force in the current scenario.

North America dominated the overall market in terms of revenue in 2016 at 44.15%. The presence of high R&D investments pertaining to new drug discovery and development are some factors attributing to its large share. The U.S. spends more per capita on healthcare than other countries and has a high growth rate amongst other countries. According to the estimates published by OECD Health Statistics in 2014, it has been estimated that in 2012, the U.S. spent nearly 16.9% of its GDP on healthcare expenditure, which is the highest. The aforementioned fact supports the estimated share of the biotechnology market.

Asia Pacific, on the other hand, is expected to gain market share during the forecast period owing to the presence of patient awareness, rapidly improving healthcare infrastructure and rising healthcare expenditure levels in the emerging markets. These markets include the developing economies of China and India.

The industry is fragmented in nature. This market encompasses several small and emerging players along with well-established major players. Some key players in the market are Johnson & Johnson Services, Inc., F. Hoffmann-La Roche Ltd, Pfizer, Merck & Co., and Sanofi. Large firms are targeting small firms with an operating strategy of acquisition in order to sustain the position in the market. For instance, in July 2017, Sanofi announced to acquire Protein Sciences, a U.S. based company which deals with the R&D of vaccines, in the third quarter of this year. This acquisition by the company aimed at the addition of a recombinant based influenza vaccine to its product portfolio.

This report forecasts revenue growth at the regional & country level and provides an analysis of the latest trends and opportunities in each of the sub-segments from 2014 to 2025. For the purpose of this report, Grand View Research has segmented the biotechnology market on the basis of technology, application, and regions: