As per statistics published by the WHO in 2012, more than14 million new cases of cancer and about 8.2 million deaths were reported; thus alerting the healthcare fraternity to the augmenting growth of the disease. Furthermore, it stated that morbidity is expected to increase by about 70.0% over the next two decades. Similar data was published by the Global Health Observatory (GHO) in 2015, which stated that the number of premature deaths due to cancer is expected to increase by 44.0% by 2030.

As per the Central Brain Tumor Registry of the United States (CBTRUS) statistical report 2016, an estimated 79,270 new cases of primary malignant, nonmalignant, and other CNS cancers are anticipated to be diagnosed in the U.S. in 2017 (26,070 primary malignant and 53,200 nonmalignant). Increasing the prevalence of brain cancer cases across the globe is expected to propel the demand for brain tumor diagnosis over the forecast period.

The population above 60 years of age forms the target demographic segment for this vertical, as this population subset is more prone to neurological conditions. Advancement of diagnostics equipment increases the lifespan of this demographic and improves the quality of life for those suffering from neurological conditions. Hence, the presence of a large geriatric population pool is considered a vital driver for this industry.

Computer Tomography (CT) dominated the type segment with over 38.0%of the market share in 2015 and is expected to witness lucrative growth during the forecast period. It displays higher efficiency in delivering doses of cancer tissue-damaging radiation in comparison to conventional X-rays. This augments the use of CT scans for diagnosing diseases.

According to an independent survey, around 3 million CT scans are carried out each year in the UK. Furthermore, this scanning rate per person is approximately five times greater than that in the U.S., which promises lucrative growth of the segment over the forecast period. In addition, initiatives taken by various governments worldwide to raise awareness regarding brain tumor prevalence and diagnosis are expected to positively impact growth.

MRI follows the CT scan segment and is expected to register profitable growth over the forecast period. These devices are utilized by numerous neurologists because of their accuracy in analysis. Furthermore, they also provide detailed images of the anatomy of the brain, thereby helping in accurately identifying the location of possible cancerous tissue. The amalgamation of CT scan with PET technology (PET-CT Scan) is used in case of analysis of lumps while a patient is undergoing treatment. The PET-CT scan is often used for diagnosis when a CT scan and MRI are unable to provide enough information.

Owing to the rising incidence of brain tumor and augmenting death rate, the market for its treatment is also anticipated to witness lucrative growth over the forecast period. Various government and independent organizations, such as the WHO, American Brain Tumor Association, and International Brain Tumor Alliance, are working toward supporting the availability of treatment and conducting research on novel cure for the disease.

On the basis of therapeutics, the market has been segmented into radiation therapy, chemotherapy, targeted therapy, surgery, and immunotherapy. As of 2015, surgery is anticipated to contribute the highest revenue to the brain tumor and therapeutics market. The low awareness levels and limited treatment options leading to aggravation of the disease to grade IV stage are expected to boost the demand for surgeries. 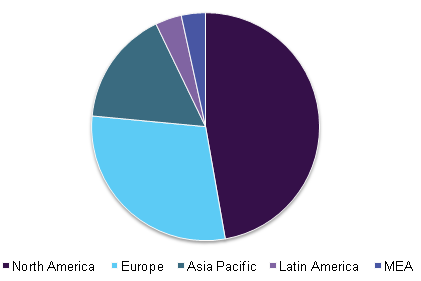 Radiation therapy is anticipated to exhibit significant growth over the forecast period as this therapy kills the cancer cells by using X-rays, gamma rays, or protons and is the second-best choice after surgery.

Rising preference for alkylating neoplastic agents, such as carmustine, vincristine, lomustine, procarbazine, and temozolomide, for chemotherapy is expected to contribute favorably to the growth of this vertical. For instance, various new drugs are in pipeline of leading players, such as varlilumab by Celldex Therapeutics.

Europe is expected to contribute significantly to this space over the forecast period, which can be attributed to the increasing prevalence of malignant cancers in countries like the U.K. For instance, as per statistics provided by the Office for National Statistics, UK, in 2014, around 10,981 new cases were registered in the region.

This report forecasts revenue growth and provides an analysis of the latest trends in each of the sub-segments from 2014 to 2025. For the purpose of this study, Grand View Research, Inc. has segmented the global brain tumor diagnosis and therapeutics market on the basis of type, therapeutics, and region: