The injectable drug delivery (IDD) market was estimated at USD 331.0 billion in 2015. With an upsurge in the number of chronic diseases like diabetes and cancer, the need for drug delivery systems has risen substantially. The treatment of an increasing number of diseases, such as Wilson’s disease, autoimmune diseases, cystic fibrosis, hepatitis C, hemophilia is being carried out using injectables for a faster course of action. These drugs can be administered to unconscious and comatose patients and are hence preferred over the other modes of drug delivery.

The advancements in technological processes have resulted in the generation of improved and enhanced devices, as well as equipment that are tailor-made, specific to the category of patient care in question. In addition, technological innovations like dual-injectables have further enhanced the method of drug delivery performed by injectables and the development of the biologics market has further led to an increase in the demand for these injectables; thus, these significant changes are driving the market growth. 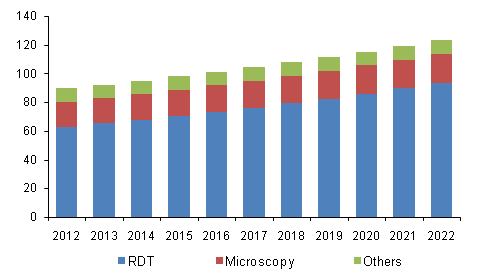 Infections and injuries caused by the needles used in syringes are a major restraint for this market. Contaminations arising due to previously used injectables and needle-stick injuries may cause serious complications needing further remediation and these complications often lead to further hurdles in the management of the disease. In certain cases, other drug delivery methods, such as oral administration of drugs are often preferred over injections as they obviate toxicity implications. In addition, strict regulatory encumbrance further deters the use of IDD forms. Furthermore, several concerns have been raised in the recent past with respect to the sterility of injectables, which has led to a decline in the number of approved production facilities that manufacture these products and hence the resultant shortage of these drugs in the market. Despite many restraints, the market potential for IDD is immense due to the associated advantages and its wide applicability in a range of ailments. Furthermore, the market is also fueled by many major companies that are adapting to the demand for injectables over oral dosages.

Devices that comprise the self-injection devices are the fastest gaining segment in this market. The use of these devices facilitates the management and control of various disorders at the primary level. With innovative technology being used, needle-free injectors allow painless administration of the pharmaceutical drug, which renders this segment one of the fastest, profit gaining segments.

According to therapeutic use, the industry is categorized into segments like auto-immune disorders, hormonal disorders, oncology, and others. The use of IDD devices finds major applications in the treatment of oncology and diabetes care. Chemotherapy for oncological diseases employs IDD devices to a large extent. On the other hand, diabetes care calls for the administration of insulin, which is fulfilled with the aid of auto-injectors, pen-injectors, and needle-free injection devices.

On the basis of end-user application, the market is fragmented into hospitals, home care settings, and others. The other end-user application includes research institutes, clinical, and diagnostic laboratories. With the advent of self-injection devices like auto-injectors, pen-injectors, and needle-free injectors the use of IDD has been made relatively easy allowing patients to administer drugs at home without medical assistance. The increase in the number of diabetic patients globally has allowed the majority of the leading players in this market to launch devices for the administration of insulin with the help of self-injection devices. Thus, the home care settings segment was the largest grosser in this market in 2015.

The major countries studied in this report are the U.S., Canada, Germany, U.K., China, India, South Africa, Saudi Arabia, Brazil, and Mexico. The North America region is technologically better equipped to handle a large patient base, thus making them more competent in this market. With the prevalence of chronic disorders increasing in this region the need to develop newer and better drug delivery systems was witnessed here.

Countries like China and India dominate the Asia market with various options in their product range with specific alterations made to the products to suit the exact needs of the patients. With a large population in the Asian region, the need for drug delivery systems is large in this market thus fueling the necessity for IDD systems.

The key players in this market include companies like Pfizer, Inc., Baxter International, Inc., Terumo Corporation, Becton, Dickinson and Company, Schott AG among others. Some of the major players in the market have consolidated partnerships for certain products that allow for ease of manufacturing and distribution.

Unavailability of targeted therapy for CoVid-19 is forcing healthcare professionals to provide symptom-based treatment to patients. This includes a wide range of treatment options based on factors such as patient type, symptoms, and drug availability. Currently, major drugs used in the treatment of CoVid19 include Chloroquine, Hydroxychloroquine, Remdesivir, Lopinavir, Azithromycin, and Tocilizumab. Most of these drugs are available as tablets and capsules. In countries with the presence of pharmaceutical manufacturing giants, the market is expected to witness a sudden surge in the upcoming weeks. We are working to account for this surge in our estimates. The report will account for Covid-19 as a key market contributor.