1,3 butadiene also known as butadiene is an industrial chemical used in the manufacture of synthetic rubber. It is produced as a by-product of the steam cracking process of ethylene and olefin production. It is a highly reactive, flammable, and colorless gas with a mild aromatic odor. It readily polymerizes with oxygen. It is soluble in alcohol and ether. However, it is insoluble in water.

1,3 BD acts as a predecessor to many processing materials and chemicals. Major derivatives include acrylonitrile butadiene styrene (ABS) and styrene-butadiene rubber. These derivatives are widely used in the automotive industry for the manufacture of tires and other components. The growth of the auto industry particularly in emerging markets of China, India, and Brazil is expected to remain a key driving factor for the global butadiene market. 1,3 BD acts as an intermediate material and also as a basic feedstock for various petrochemical processes.

Increasing preference in the production of consumer products is expected to boost butadiene market demand in resin. However, product maturity coupled with volatile raw material prices is projected to remain key challenge for butadiene market participants. Moreover, health concerns regarding exposure are expected to pose safety and regulatory challenges in the market. Due to health concerns, regulatory authorities have established strict guidelines to maintain safety standards in industries. To overcome such challenges, the industry has shifted its focus towards developing bio-based alternatives to 1,3 BD.

Environmental Protection Agency (EPA) has cited 1,3 Butadiene as one of the carcinogenic substances. Constant exposure to the substance can lead to chances of leukemia or even cardiovascular diseases along with irritation to the eyes, throat, lungs, and nasal passages among others. This is projected to decrease the consumption of 1,3 BD to a certain extent in the foreseeable future.

1,3 Butadiene is one of the key components in the formulation of plastic and rubber products. The substance is also found to be utilized extensively in copolymers including acrylics. The key advantages include cost-effective source, reliability, large-scale application scope, and easy accessibility and availability. Multiple companies are working on the research & development aspect of the substance to enhance its properties and cater to a broader market base, which in turn shall boost industry growth over the next decade.

BD is a key raw material in the manufacture of different materials and chemicals that are used across a wide range of end-user industries such as building & construction, automotive, healthcare, and consumer durables. Butadiene market can be segmented on the basis of the application of its derivatives. Major products derived include styrene-butadiene rubber (SBR), acrylonitrile butadiene styrene resins (ABS), nitrile butadiene rubber (NBR), SB latex, and hexamethylenediamine among other products such as PBR and adiponitrile.

ABS as a terpolymer is used to manufacture lightweight electrical resistance products. SBR is derived by the polymerization of styrene and butadiene monomers. It is used in adhesives and sealants as a modifier and in rubber-based products owing to its high strength, viscosity, and abrasion resistance. SB latex is a water-based emulsion copolymer made of styrene and BD.

It is used in coated papers and carpet back coatings due to its high elasticity and adhesive strength. NBR is used in the aeronautical and automotive industries to manufacture oil handling hoses, sealants, and grommets. PBR is used in the manufacture of tires that require high resistance. Adiponitrile is an organic compound that is viscous in nature. It is an important material required for the production of polymers.

Among the several countries in Asia Pacific, China has been recognized as the largest manufacturer of 1,3 butadiene through the naphtha cracking process. The country had its first coal-to-olefin formulation in 2010 and the CTO-based process of ethylene production has since then been significant in China. This has led to an increase in consumption of 1,3 BD across China as well as other countries of Asia Pacific such as Japan, Indonesia, India, and more. 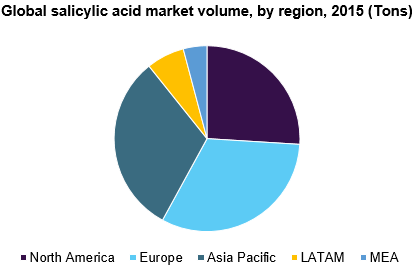 North America emerged as the second-largest market for 1,3 BD at 23.6% of the total market volume in 2013. The RoW is also expected to exhibit considerable growth over the next six years owing to growing construction, automotive, and other end-user industries, particularly in Brazil, Argentina, and South Africa.

The presence of multinational companies in the spectrum has led to product innovations and several mergers & acquisitions in the business ecosystem. With constant investment in the sector, companies are working on attaining progressive business sustainability tactics to ensure the strengthening of market competency.